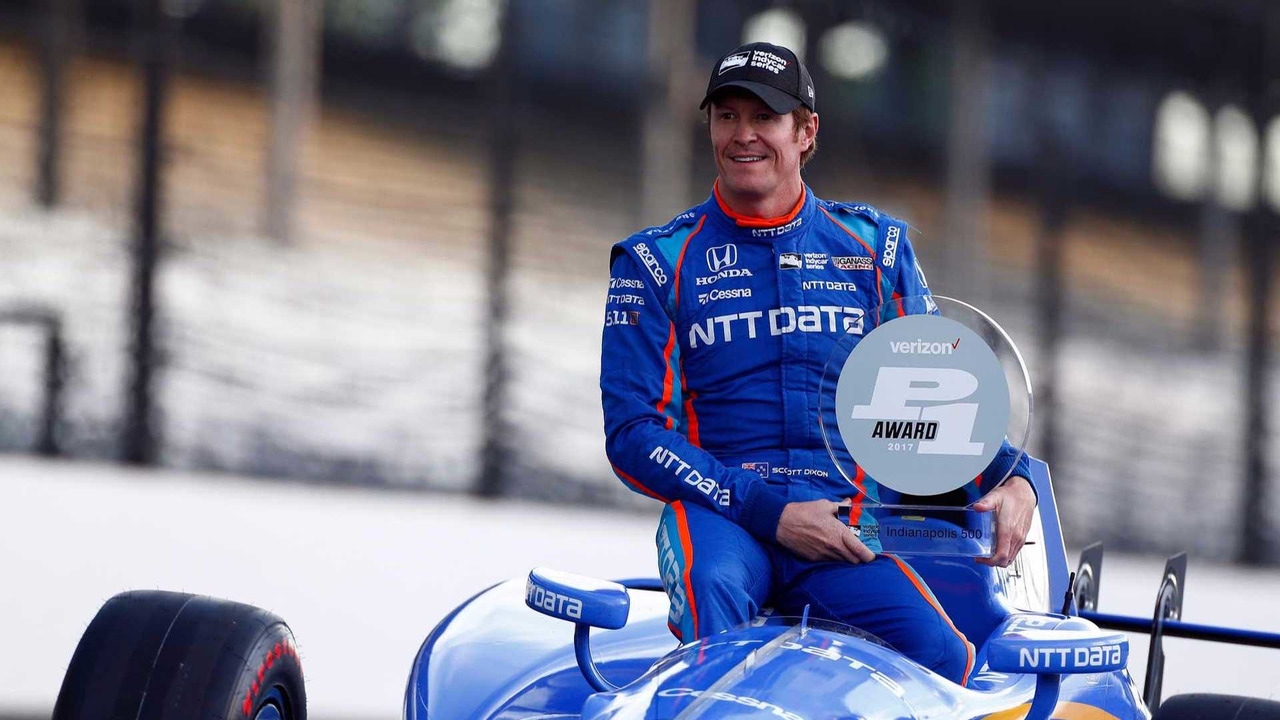 Scott Dixon made the revelation recently.

If you work for a company that sells something, more often than not you can enjoy a perk or two, like staff discount, or the ability to jump the queue.

For Ford's team of drivers that race its GT supercar in the World Endurance Championship and IMSA United Sports Car series, they don't quite have such a luxury when it comes to buying road-going version of their office.

Ford GT production extended by 350 cars through to 2022

Speaking to the The Robb Report recently, Chip Ganassi Racing driver Scott Dixon opened up about his GT ownership, saying that he made sure he could get one of his own before agreeing to race the car.

"When I was first approached to drive the racecar for Ford [through Chip Ganassi], I said absolutely, but I want to get locked in for receiving a GT," said IndyCar champion Dixon who races the GT in endurance races. "Ford told me, 'sure, no problem'."

That's the deal signed and sealed, right? Not quite, as Dixon elaborated.

"As the months went on I never heard anything until I got an e-mail where I had to apply for the GT," he said. "I don’t know how it works for everyone else, but I had to submit all my information and a video introducing myself and saying why I thought I deserved to buy one."

Unsurprisingly his application video mentioned his 2015 Daytona 24 Hours win in a Ford-engined prototype. Dixon also took a class podium at Le Mans in 2016 in the GT (above).

"I said, 'Hi, I’m Scott Dixon. I’ve won Daytona for Ford before. I think I’d be a great fit for the GT. Please may I have one?'" Dixon revealed.

"I don’t know who receives the applications and looks at them; maybe it was Raj," he added, referring to the then-boss of Ford Raj Nair who was behind the GT project from the start.

Dixon, who demanded VIN number #009 to match his IndyCar number, opted for a Carbon Series GT, having originally considered the Heritage and Lightweight versions.

"I would’ve gone for a Heritage Series, because of the history with Bruce [McLaren, who was also from New Zealand], so then I was eyeing the lightweight version, with the radio and air-condition delete," he said, "but during the press launch, we were all in Utah to do some driving, and even though it was cold outside, when I turned off the air-conditioning, it was too hot in the car."

"When the Carbon Series came along, it had the same specs, but included the air-conditioning and a radio."

Dixon's car is white – his first white car – with carbon stripes and wheels (pictured above), a spec he describes as "more subtle," although we're not quite sure how you can call a car that looks like a Stormtrooper's helmet 'subtle'.

Despite spending most of his working life going over 200mph, Dixon hasn't really been one for fast road cars, he usually daily drives an Acura MDX. Nevertheless, the opportunity to own a GT was too much to pass by.

"I got the e-mail saying it’s coming and I needed to pay the bill and turn up, and I’m looking at the bill, going, 'Man, that’s a lot of money,'" he said, "but with the history of the GT and the significance of this thing and being a part of it, I didn’t mind."

"It was snowing the day it arrived, and you’re not supposed to drive on those tires under 45 degrees," Dixon said. "The delivery guy said, 'Normally, I wouldn’t let anyone drive it under these conditions, but I think you’ll be okay.'"

"I took it from the dealership to my house on totally garbage roads," he added. "I don’t think I left third gear or broke 40 miles an hour."

Dixon isn't the only driver from Ford's all-star roster of drivers to get their own GTs. Andy Priaulx and Harry Tincknell have cars – two of fewer than 20 UK cars; Dirk Mueller also has one, as do Ford NASCAR drivers Joey Logano, Kurt Busch, and Ricky Stenhouse Jr. They too all had to apply for their respective cars, and pay full price for them, although the racing drivers did at least get allowances on options.

Roush Performance (the company that builds Ford's racing engines) founder Jack Roush is another with a racing connection to have got a Ford GT.