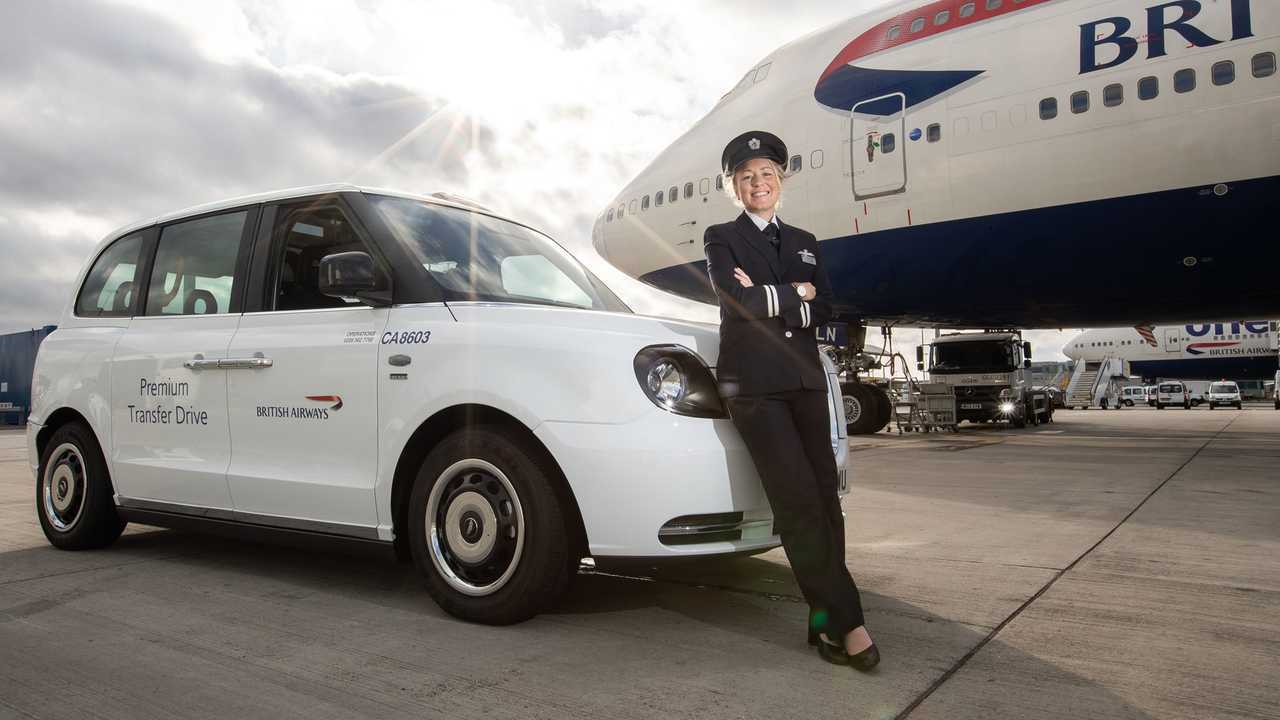 Premium customers can now make their connections without increasing their carbon footprint.

Black cabs are regularly seen outside the capital’s busiest airport, but the new electric London taxi will soon be found ferrying passengers around Heathrow’s own tarmac.

The London Electric Vehicle Company (LEVC) taxi will be used by British Airways to take premium passengers in danger of missing connecting flights from one gate to the other.

The taxis, which use electric motors and petrol-powered ‘range-extender’ petrol engines to provide a total range of 377 miles, will meet customers beside the aircraft when it arrives, then drive it to the side of the next aircraft.

Although the vehicles have been designed for London, the taxis are also already seeing service in the Midlands city of Coventry and the French capital, Paris.

According to BA, the company’s Heathrow taxis will provide customers with air conditioning, USB device charging and a panoramic roof.

Daljit Hayre, British Airways’ senior manager in charge of the Heathrow customer experience said the taxis had received a positive reception from customers.

“It’s great to see the reaction of customers when they’re met by a London taxi at the side of the aircraft, waiting to take them on to their next flight,” he said. “They’ve told us how much they appreciate this gesture, plus they love the space in the vehicle for their hand baggage. We’re also really pleased that using new generation electric taxi reduces our carbon footprint.”

But as well as aiming to please passengers, the initiative is also part of the 100-year-old airline’s plan to reduce emissions from all its vehicles at Heathrow. The scheme has already seen electric aircraft tugs introduced to push the planes away from the gate.

“British Airways takes its environment responsibilities seriously and this initiative is part of our overall ambition to reduce carbon emissions and those emissions that impact air quality and our local communities,” he said.

Chris Gubbey, CEO of LEVC, expressed his pleasure at working with British Airways on the new service.

“We’re delighted that British Airways has chosen our electric vehicles to support this innovative new service,” he said. “We designed the TX eCity with the aim of delighting customers with a more premium experience, and thanks to British Airways even those with the shortest of stays in London can now travel in comfort and style in the world’s most advanced electric taxi.”