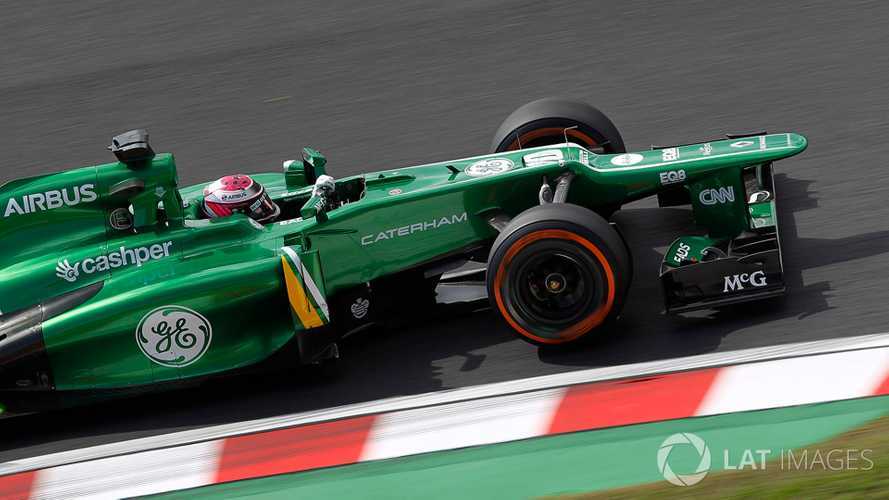 More than 200 ex-Caterham Formula 1 employees have been paid a small sum as the long-running legal saga following the team's collapse finally nears its end.

Caterham went into administration in 2014 amid a dispute between founder Tony Fernandes and a group of investors who had bought the team that summer.

Administrators from Smith & Williamson took control of Caterham later in the year but the team had to miss the US and Brazilian Grands Prix, before a crowdfunding project helped secure its participation in the Abu Dhabi season finale.

Attempts to help it continue in 2015 came to nothing and while several members of staff went on to secure jobs at other F1 teams or elsewhere in motorsport, Caterham's assets were sold at auction before the start of the campaign.

Motorsport.com has learned that earlier this month, Smith & Williamson was able to pay 216 employees that were transferred to their control under TUPE regulations from Caterham.

A statement from the administrators – Finbarr O'Connell, Henry Shinners and Mark Ford – given to Motorsport.com described the recent payment, made on January 15, to those employees as "good news".

"[It] reflects the years of work performed by the administrators in unwinding the complex affairs of the Caterham Formula 1 companies," read the statement.

The administrators said that many of the assets they were responsible for converting had "international aspects and were subject to competing claims that had to be resolved before being realised".

They state that the last assets have been realised and tax affairs completed, meaning sufficient funds were finally available to make the relevant payments.

While the specific amounts are unknown, last year the administrators reported it had received £217,495.06 worth of claims from employees.

They state that "preferential creditors are entitled to receive the equivalent of unpaid wages for the previous four months up to a maximum of £800 total", plus holiday pay of up to six weeks and "some occupational pension payments".

The payments have been made after tax and National Insurance contributions, which have been paid to HM Revenue & Customs.

They represent a "payment in full of preferential claims" and account for the employees' holiday and wage arrears "after deductions paid by the Redundancy Payments Service".

The administrators say the RPS made initial payments to these employees shortly after Caterham went into administration.

Any owed wages over the £800 limit, "pay in lieu of notice" or "redundancy entitlements", are deemed as unsecured claims along with business suppliers.

Unsecured creditors include the companies who have sought outstanding payments from Caterham, which administrators said last October, in their latest progress report, comprised 25 creditors claiming £66.8million.

According to the administrators "there remains a good prospect for a small dividend for unsecured creditors and we anticipate that such payment will be made in the next six months", after which the case will be concluded.

The most recent administrator's progress report stated that the administrators had drawn £713,502 in fees from November 2014 to August 2018.

They anticipated that future costs in respect of outstanding matters would total between £15,000 and £30,000.