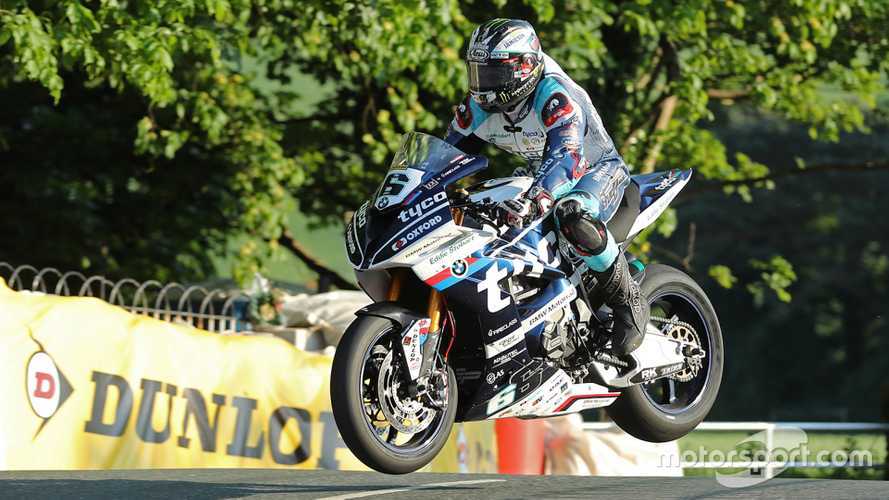 Michael Dunlop will once again contest the Isle of Man TT’s Superbike events with the Tyco BMW team, despite the deaths of brother William and teammate Dan Kneen in competition over the last eight months.

Dunlop joined the TAS Racing-run outfit last year, and took an emotional win in the Superbike race at the TT just days after teammate Kneen was killed in a crash during practice week.

The 18-times TT winner has been absent from racing since his older brother William was killed last July during a practice session for the Skerries races, and admitted during William's induction into the Belfast Telegraph's Sports Hall of Fame last week that he was still unsure of his 2019 plans.

However, he has now confirmed he will ride the German marque’s brand-new S1000RR in road-racing competition.

“I’m looking forward to working with the TAS Racing boys again this year,” said Dunlop. “We grabbed a Superbike TT win last year, which was a good start and the goal this year will be to go after both the Superbike and Senior TT wins on the Island.

More about the late William Dunlop:

“BMW has launched a new bike, which I should be riding in a few weeks’ time. With the added improvements to the package and a second season with the same team, we should be in a good place to go after both the big wins on the Island.”

While Dunlop’s racing future remained uncertain, team boss Phillip Neil says it was “always” the squad's plan to carry on with the Ballymoney man – though it is yet to firm up his full race programme.

“It’s great for TAS Racing to secure another season with Michael and together with our partners BMW and Tyco, we are looking forward to a successful season on the all-new BMW S1000RR,” said Neil.

“It was always our plan to continue with Michael, however it was important we took some time together to consider the best way to approach 2019, and we look forward to announcing further details soon.”

After securing three victories during the 2018 TT, Dunlop now sits third on the all-time winners list behind 23-time winner John McGuinness and Dunlop's legendary uncle Joey, who has 26 wins to his name.

The first international road race of the year is the North West 200 in Northern Ireland, which takes place from May 12-18.