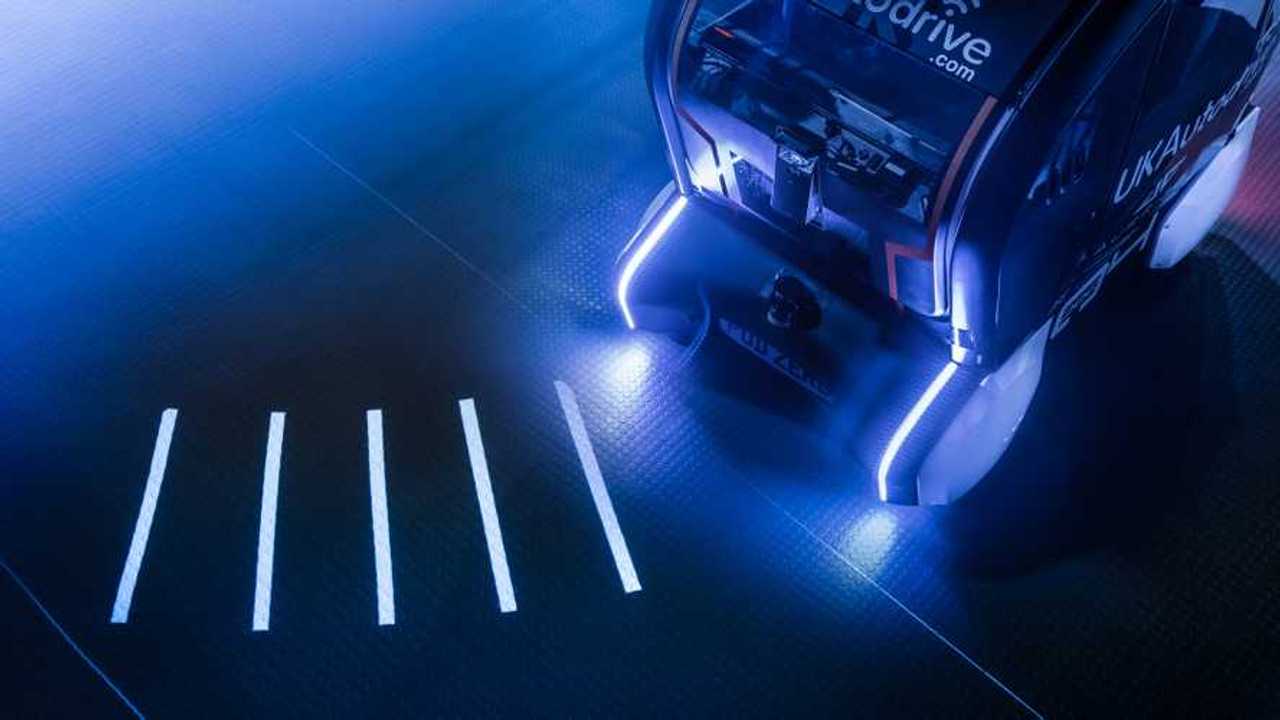 The pods will project their planned route onto the ground.

Jaguar Land Rover has invented a new system that projects an autonomous vehicle’s planned path onto the road to alert other road users of its intentions.

The British car manufacturer says the “intelligent” technology can beam a series of symbols onto the road surface to display the car’s predetermined direction or lane.

The technology has been created as part of Jaguar Land Rover’s (JLR) ongoing research into developing people’s trust in driverless cars, after studies found that 41 percent of drivers and pedestrians were concerned about sharing the roads with driverless vehicles.

Partly funded by the government, which is aiming to make the UK a hub for autonomous vehicle testing and development, the tests are collectively known as the Autodrive project.

Last year, JLR revealed it had been working on autonomous pods that can make ‘eye contact’ with pedestrians, in the hope of finding out whether virtual ‘eyes’ fitted to the front of the vehicles would make pedestrians less wary of crossing the road in front of the car.

In the latest round of Autodrive tests, the autonomous cars projected white bars onto the road in front of them. By changing the spacing between the bars, the vehicle could communicate its plans to slow down or accelerate, while the bars could fan left or right to indicate a turn.

The system was tested on a “fabricated street scene” at JLR’s manufacturing facility, using autonomous pods built by specialist firm Aurrigo. The company also involved cognitive psychologists in the trial, using their expertise to design the scenarios.

According to JLR, the scientists were able to gauge people’s reactions to the vehicles and their new form of communication.

Eventually, JLR says this kind of vehicle-to-pedestrian communication could see vehicles share journey updates or even the obstacles they have detected with other road users.

Pete Bennett, Jaguar Land Rover’s future mobility research manager, said the company was hoping to find out just which details an autonomous car should share with pedestrians in order to make people trust them.

“The trials are about understanding how much information a self-driving vehicle should share with a pedestrian to gain their trust,” he said. “Just like any new technology, humans have to learn to trust it, and when it comes to autonomous vehicles, pedestrians must have confidence they can cross the road safely. This pioneering research is forming the basis of ongoing development into how self-driving cars will interact with people in the future.”