Polluting trucks will have to pay £50 a day to enter the city.

Leeds will introduce an emissions-based congestion-charging ‘Clean Air Zone’ at the beginning of 2020 after the city’s plans were approved by the government.

From January 6, 2020, trucks and buses that fail to meet the latest Euro-6 emissions standard will be charged £50 per day to enter the city in a measure designed to improve air pollution. 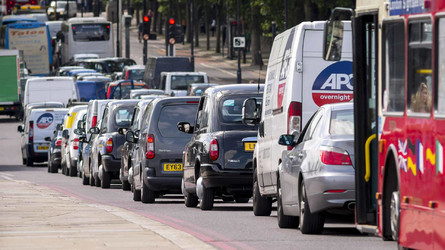 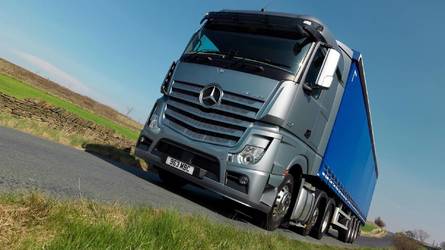 Taxis and private hire vehicles that fail to meet the Euro-6 standard will also be charged £12.50 a day to enter the Clean Air Zone (CAZ), although that fee will be reduced to £50 a week for vehicles registered in Leeds.

Private cars, vans and motorcycles will not be charged for entering the zone.

Although Leeds is not the only city to moot the idea of a CAZ, it is the first to get the scheme rubber-stamped by the government.

However, the scheme has been criticised by the Road Haulage Association (RHA), which described the plans as “punitive” for businesses.

“Charging pre-Euro-6 HGVs to enter the clean air zone is simply a punitive tax on the industry sector that Leeds relies on to maintain its economy, and local businesses will inevitably be put at risk,” said RHA chief executive Richard Burnett.

“The goods still have to be delivered and there’s a strong possibility that there will be a considerable increase in van traffic. However, it takes approximately 20 vans to move the same amount of goods as one HGV so how will that improve air quality? This is yet another example of the government and local authorities using a sledgehammer to crack a nut.”

But Leeds City Council says it has made provisions for businesses that may be affected by the CAZ, setting aside £23 million to “support” companies that need to buy new vehicles or make other changes to their operations.

“Businesses that are likely to be affected need to look at the vehicles they operate and begin their final preparations for the introduction of the zone,” said Leeds City Council’s Councillor James Lewis.

“We recognise that this will be a difficult transition for some businesses to make. We have not received the full amount of funding that we asked the government for, however, we are pleased to confirm today that a number of significant financial support packages will be available to assist owners of affected vehicles. We will be working hard to make sure this money is available swiftly.

“Leeds City Council will not make money from these charges. Charge revenue will only be used to cover the costs of operating the CAZ, to support owners of affected vehicles, and for other schemes to improve air quality in the city.”

Even so, the British Vehicle Rental and Leasing Association (BVRLA) expressed concerns that businesses may not have time to adjust before the CAZ comes into force in just 12 months’ time.

The organisation’s chief executive, Gerry Keaney, said: “Around half of the UK truck fleet is currently non-compliant with the CAZ standards so we are pleased to see that Leeds City Council will be providing support to HGV operators.

“With less than a year to go until the new charging zone comes in, small businesses will need all the help they can get as they will be hardest hit by charges. With a typical rigid 18-tonne truck costing £40,000, many companies are going to face massive costs in upgrading their fleets.”