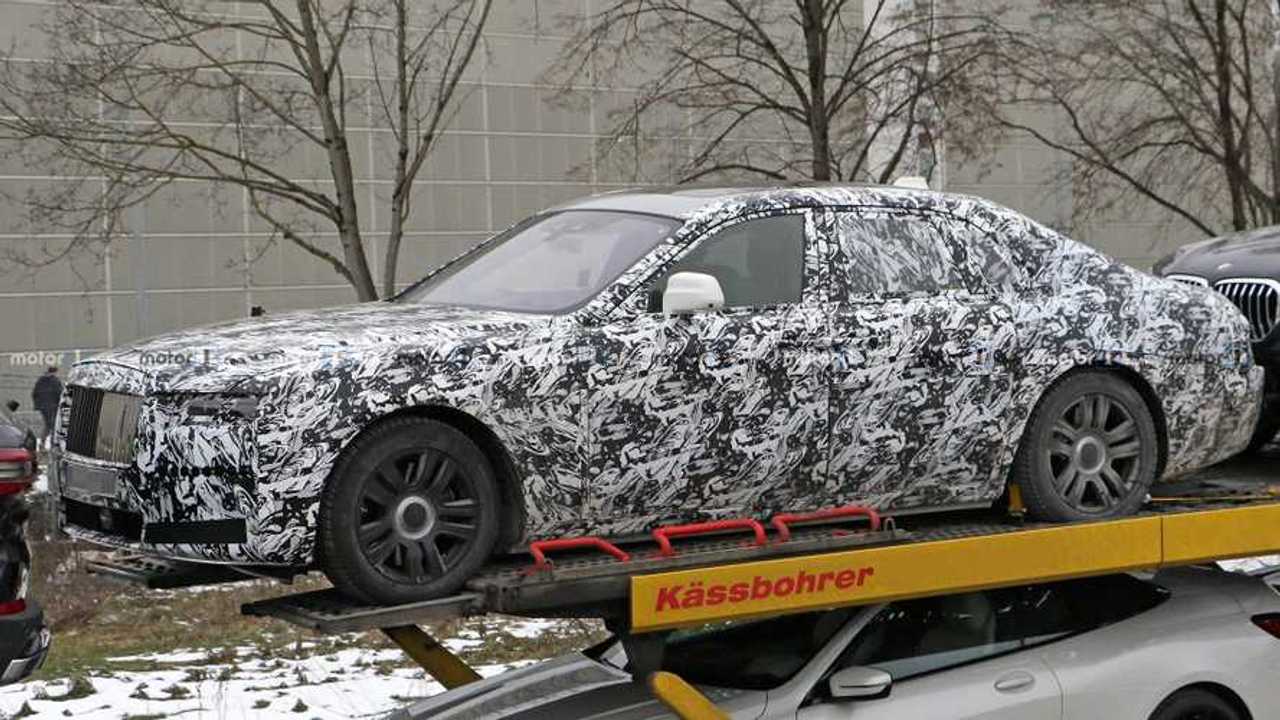 Rolls-Royce has a new generation of the Ghost on the way, and this is our very first look at it. While the mule wears camouflage over the entire body, these shots still show off some of the saloon's tantalising styling details. The brand debuted the Ghost in 2009 and refreshed it in 2014, so this replacement has been a long time coming.

No one has bought a base Rolls-Royce Cullinan... yet

The new Ghost bears the strong resemblance to the current model. Up front, it adopts a face akin to the latest Phantom by using skinnier, rectangular headlights. The grille appears taller than on the current Ghost, too.

In profile, the new Ghost's A-pillar appears to have a steeper rake than the current one. At the back, the roof has a sleeker transition into the tail that makes the upcoming saloon appear more aerodynamic.

These shots don't provide the best view of the Ghost's rear, but it appears a little more sculpted than the current model, particularly when viewing the lower portion.

Mechanical details about the new Ghost are mostly a mystery at this point. Rolls-Royce already confirms that all of its future models ride on the aluminium Architecture of Luxury platform that underpins the new Phantom and Cullinan. The Ghost may pack a version of the 6.75-litre twin-turbocharged V12 from those models, too. However, the company is open about considering an EV, and there's demand for one in China. We could imagine Rolls going electric with the smaller Ghost first to test the waters before offering the tech on the range-topping Phantom.

Unfortunately, it's not clear when the new Ghost might debut. This test mule confirms the model is in the on-road development phase, but the work of getting a vehicle ready for market can take a while. For example, there were spy shots of the Cullinan driving around over a year before the SUV's debut.