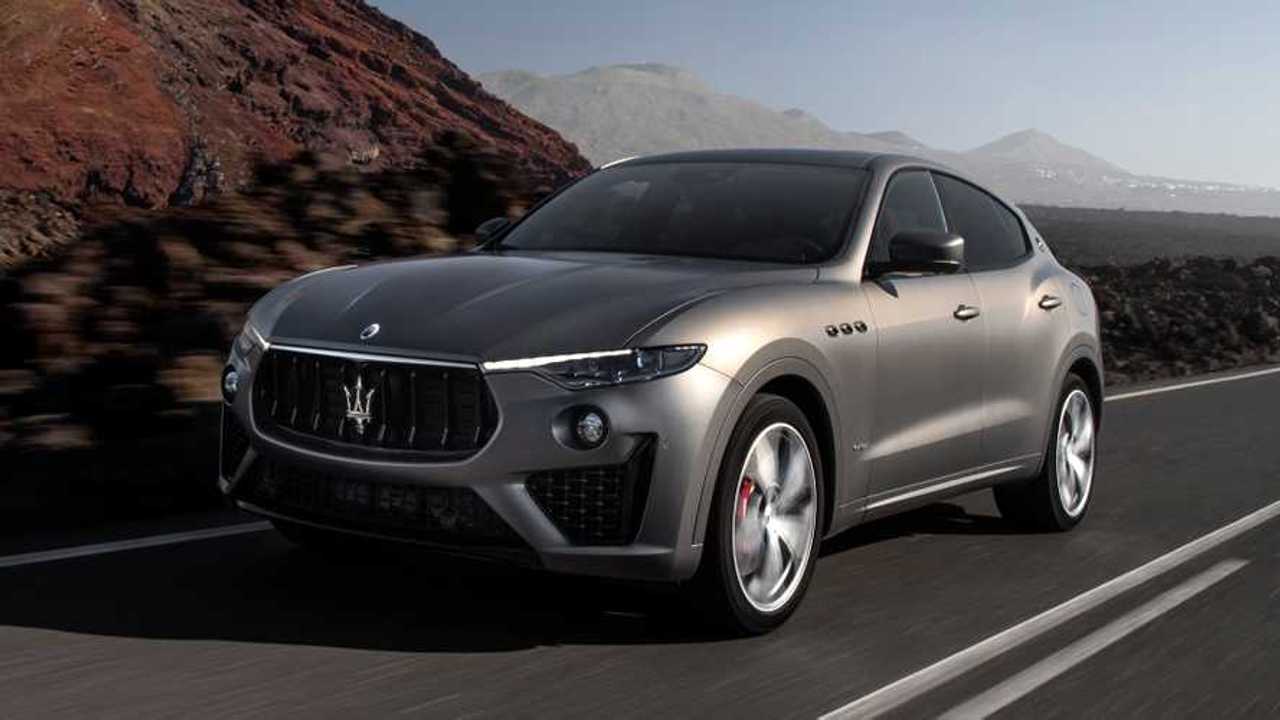 Just 150 examples will be built across the European and Asian markets.

Maserati has announced an exclusive new limited-edition version of its Levante SUV called the Vulcano.

Available in very limited numbers, the newcomer will add a range of aesthetic upgrades to the luxury 4x4, highlighted by the exclusive matte Grigio Lava paintwork.

FCA boss admits mistakes were made with Maserati

This is complemented by the addition of the Nerissimo pack, which incorporates dark rear light clusters, a black grille and black window surrounds, as well as dark exhaust pipes and black logos.

Inside, the black-and-red theme continues. Customers get a choice of black leather upholstery with red stitching or the red leather with black stitching seen in these images.

Either way, though, you get heated seats with electrical adjustment and a position memory function, as well as an embroidered Maserati logo on the headrests.

Lashings of high-gloss carbon-fibre can also be found scattered around the cabin. It’s on the dashboard, gearshift paddles and even the insert on the steering wheel, as well as the central transmission tunnel.

Also adorning that tunnel is a chromed aluminium badge, which bears the Maserati trident, plus the Vulcano logo and the wording ‘one of 150’.

And to make life that little more comfortable, the Vulcano gets a few optional extras. There’s a Bowers&Wilkins premium sound system on board, as well as LED adaptive headlights.

All that comes in addition to the normal Levante equipment, which includes satellite navigation, two-zone climate control and keyless entry, plus parking sensors and automatic lights and wipers.

Customers will be able to choose between two 3-litre V6 petrol engines, with the entry-level version boasting 345 bhp and the more potent ‘S’ model claiming 424 bhp. Both come with four-wheel-drive and an eight-speed automatic gearbox as standard.

Even the base model is powerful enough to get you from 0-62 mph in six seconds and on to a top speed of 156 mph, but the ‘S’ will manage 0-62 mph almost a second faster, before topping out at 164 mph.

If you care about such things, however, official figures suggest you will find the less powerful model marginally more efficient, but neither engine is capable of more than 25 mpg on the combined cycle.

Just 150 examples of the high-performance 4x4 will be built for the entire Asian and European markets, and the price tag reflects that exclusivity.