When it comes to making full-size Lego replicas, Chevrolet isn't so much of a fan – even after it has created a life-sized Batmobile in 2017 and its continued partnership with Warner Bros. Pictures and Lego Movie. Unlike Bugatti, Toyota, and Renault, the American automaker has never had any Lego replica of its own cars. Well, until recently. 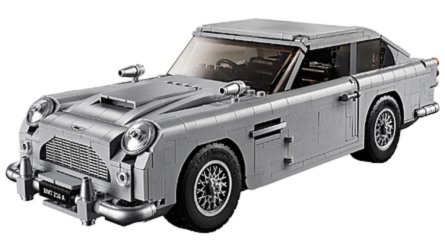 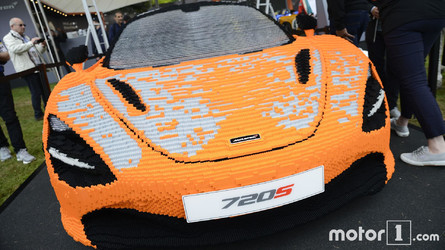 Chevrolet has unveiled its first full-size Lego replica, and it's a 2019 Silverado 1500 LT Trail Boss in the exact size specifications of the real monster-sized pickup truck.

The Lego Silverado model is 1,828-millimetres high, 6,096-mm long and 2,438-mm wide, which required 18 builders to complete. The team of specially-trained LEGO Master Builders consumed over 2,000 hours to hand-select and put each of the 334,544 Lego into place. If you're wondering what the most common piece used was, it's the 2x8 stud brick. Care to guess the colour?

The 1,500-kilogram Lego Silverado replica was designed and assembled in the Lego Group’s Model Shop in Enfield, Connecticut USA. Of note, the life-sized Silverado Lego replica has working lights and graphic details. It isn't drivable, though, unlike the Lego Technic Bugatti Chiron.

If it isn't obvious, the creation of the Lego Silverado replica is a marketing stunt by Chevy and signifies the continued collaboration between the Golden Bow Tie brand with Warner Bros. Pictures. With this, a bespoke mini-build of the Silverado High Country will appear at the next Lego movie entitled "The LEGO Movie 2: The Second Part” which will have its debut on February 8, 2019.

“Chevrolet is once again thrilled to be working with Warner Bros. to integrate the brand and one of our most iconic products – Silverado – into ‘The LEGO Movie 2: The Second Part,’” said Sandor Piszar, director of Chevrolet Truck marketing. “The themes of determination and teamwork in the new movie align perfectly with our Chevy brand values and we are sure that the all-new Silverado has the features, technologies, and strength that would help Emmet, Lucy and their friends as they take on exciting new challenges.”

Watch the video below to see how the 2019 Silverado 1500 LT Trail Boss Lego replica was made: