Councils won't fix potholes until a minimum depth is reached 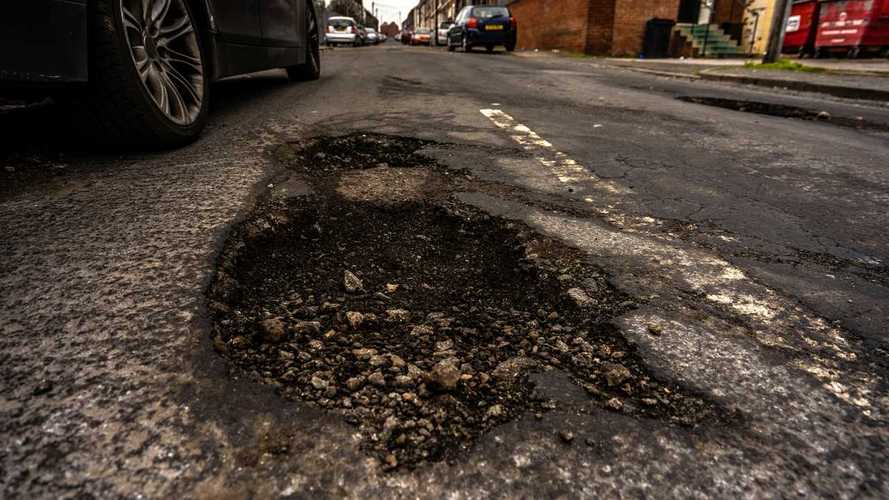 A lack of funding is forcing councils to set minimum depths that potholes must meet before being investigated or filled in, according to new research.

More on the state of Britain's roads:

A study by the RAC Foundation discovered that around 95 percent of councils have set a minimum depth a pothole must be before they will look at making a repair, with some refusing to investigate holes of less than five centimetres in depth.

The research found that some 14 percent of local highways authorities had set minimum depth of 50 mm, while more than half of councils (56 percent) said they would only look at potholes measuring more than 40 mm deep.

The study also found that many councils were using a ‘risk-based’ system to prioritise pothole repairs, putting the largest and most dangerous potholes at the top of the agenda.

Around 75 percent of local authorities had implemented such a policy by the autumn of 2018, while a further eight percent were either reviewing their policies or in the process of changing them.

Cllr Martin Tett, transport spokesman for the Local Government Association, said the councils were doing the best they could with the resources available.

“Keeping roads safe for all users is one of the most important jobs councils do and is reflected in the fact that local authorities are fixing a pothole every 21 seconds, with priority given to repairing potholes that pose the greatest risk based on their size and location.

“The government is spending 52 times per mile more on maintaining our national roads – which make up just three percent of all roads – than on local roads, which are controlled by councils and make up 97 percent of England’s road network.

“While the extra one-off £420 million funding announced in the Budget will help, only long-term, consistent and fairer government investment in local road maintenance can allow councils to address the £9.3 billion roads repair backlog which would give all road users better roads that are safer and more resilient to constant use.”

Steve Gooding, director of the RAC Foundation, said he was pleased that councils were taking this approach.

“It is good to see that the vast majority of local highway authorities are adopting the best practice ‘risk-based’ approach, which is putting the risk to road users front and centre alongside the potential for a defect to develop into a bigger structural problem.

“The total number of potholes being filled in might still be limited by a shortage of funding, but this approach at least means those that are most dangerous are fixed first.”