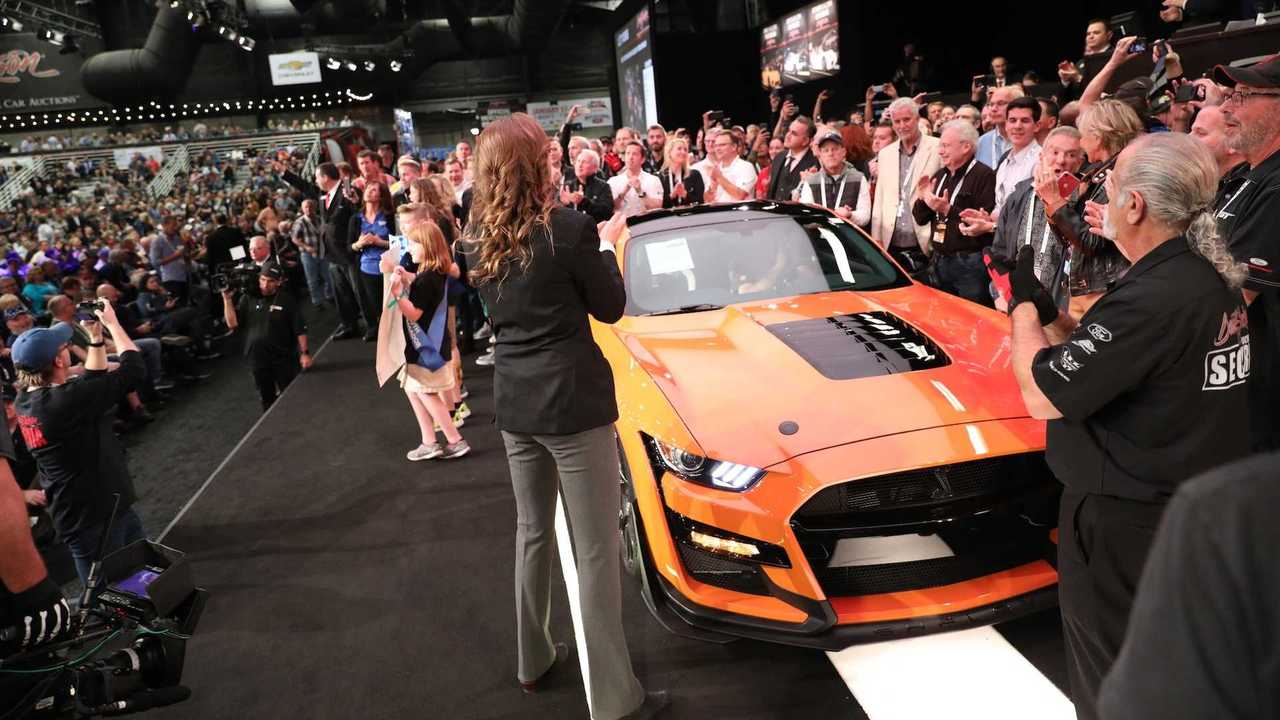 It was gone in sixty seconds.

For car collectors, getting the first production model of a newly-launched hot car should be the best feeling in the world. However, if you plan to get the VIN 001 of the recently-launched 2020 Ford Mustang Shelby GT500, we hate to break the news to you but that wouldn't be possible anymore.

Crazy about that high-powered Cobra:

Mustang Shelby GT500 with manual trans not ruled out
⠀

Apparently, the first production Mustang Shelby GT500 has been sold at an auction for $1.1-million or approximately £850,000 at the current exchange rate. Even better, it was for a good cause as all the proceeds will go to JDRF – the leading global organisation that funds type 1 diabetes research in an effort to find the cure, which is also one of the charity organisations supported by Ford.

The winning bidder was Craig Jackson, Chairman and CEO of Barrett-Jackson. The car auction-honcho won the auction in his own yard at the Barrett-Jackson Collector Car Auction in Scottsdale. Talk about homecourt advantage. As the winner, Jackson can choose from available colours and options for the coveted first production-spec Shelby GT500.

“The chance to become the owner of the first 2020 Ford Shelby GT500 cars is an opportunity of a lifetime,” said Joe Hinrichs, Ford president, global operations. “More importantly, being involved in helping to raise much-needed funds and awareness for JDRF is a big win for everyone.”

Edsel B. Ford II and Aaron Shelby, grandson of the legendary Carroll Shelby escorted the 700-plus-horsepower Mustang Shelby GT500 onto the auction block. The VIN 001 was sold at “no reserve” which means that the top price is tendered at the auction.

“For 35 years, Ford Motor Company has fuelled the efforts of JDRF researchers to find a cure, while helping millions of children enjoy better lives,” said Edsel B. Ford II. “The proceeds from this car will add to the more than $3.5 million (£2.7 million) Ford contributes to JDRF annually, for a total of $70 million (£54.3 million) donated during our long-time partnership.”