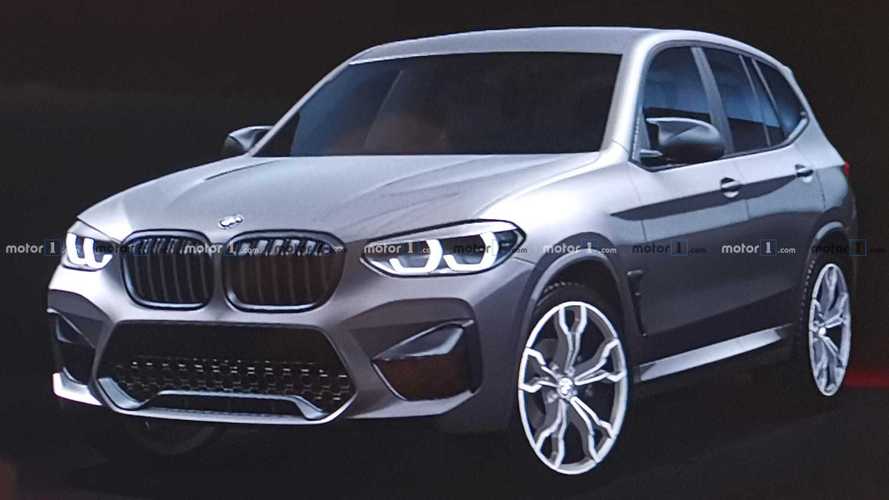 There are only a few shots, but they leave nothing to the imagination.

Here's a great look at the next-gen BMW X3 M courtesy of the display on the sporty SUV's digital dashboard. The images provide an uncamouflaged look at the upcoming vehicle.

The shots reveal the X3 M's more aggressive front fascia that puts larger inlets at each corner of the front end and a big opening in the middle with a mesh centre. The SUV rides on an eye-catching set of wheels with five pairs of spokes that flare outward at the rim.

The digital dashboard layout comes straight out of other modern BMWs, except for the X3 M designation in the centre of the tachometer.

Earlier spy shots also show the rear of the X3 M with quad exhausts and a slightly more aggressive spoiler on the roof.

Get the scoop on the next BMW X3 M:

The new X3 M reportedly packs a 3.0-litre twin-turbo inline six producing roughly 450 bhp. Later, an optional Competition Package should have at least 475 bhp, and rumours point to an output possibly in excess of 500 bhp. All-wheel drive will come standard, and an active rear differential will aid in putting the power down. A stiffer suspension and bigger brakes should improve the SUV's driving manners, too.

BMW is already releasing official spy shots that show camouflaged examples of the new X3 M and its X4 M sibling. The teasers indicate that a debut might not be too far away. With Geneva Motor Show starting less than two months from now, the Swiss event could be a good spot for a public debut. Look for sales to commence before the end of 2019.