First-ever Audi Q4 loses all the disguise in new rendering 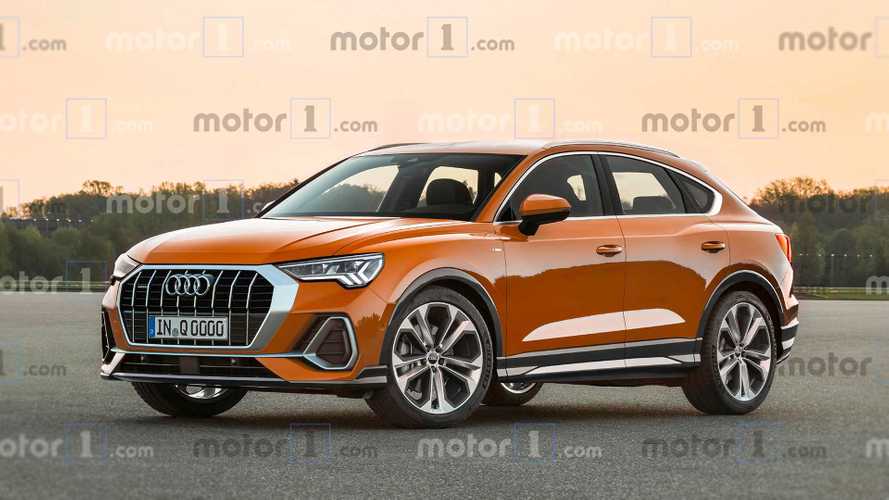 Audi was late to the coupe-SUV party when it launched the Q8 but it will try to make up for lost time launching another all-new offering. The Q4 is set to debut in the second half of this year and what better time to take a deeper look at what’s coming than now, less than two months after we spied the first prototype of the model.

We tasked our talented designers to imagine the production version of the Q4 and take off all the camouflage of the trial cars. Their answer is the car you see in the attached gallery below and it looks pretty good. In fact, it’s not that difficult to predict what’s in the cards in terms of design as Audi’s formula has been revealed through spy photos.

We’ll put it simply – take the Q3 and just give it a more sloped roofline, a more pronounced fascia, and larger wheels under beefier arches, and here’s the Q4. It will be Audi’s rival to the BMW X2, next-generation Mercedes GLA, and the recently unveiled Range Rover Evoque, and will become – if you let us use this term – Audi’s most fashionable crossover product.

Being based on the Q3 means the Q4 will inherit just about everything from the standard Q3 – from the powertrains to the technologies on board. Expect to see a family of three- and four-cylinder petrol and diesel engines for the regular models, sending power to the front wheels as standard. Optionally available should be an AWD system, while the range-topping RS model will feature a five-cylinder 2.5-litre turbo motor.

If reports are correct, we’ll see the first-ever Q4 in Q3 of 2019 (pun intended). Sales are scheduled to being before the year’s end and the RS Q4 range-topper should join the range early next year. Some publications claim it will wear the Q3 Sportback moniker but that's highly unlikely.