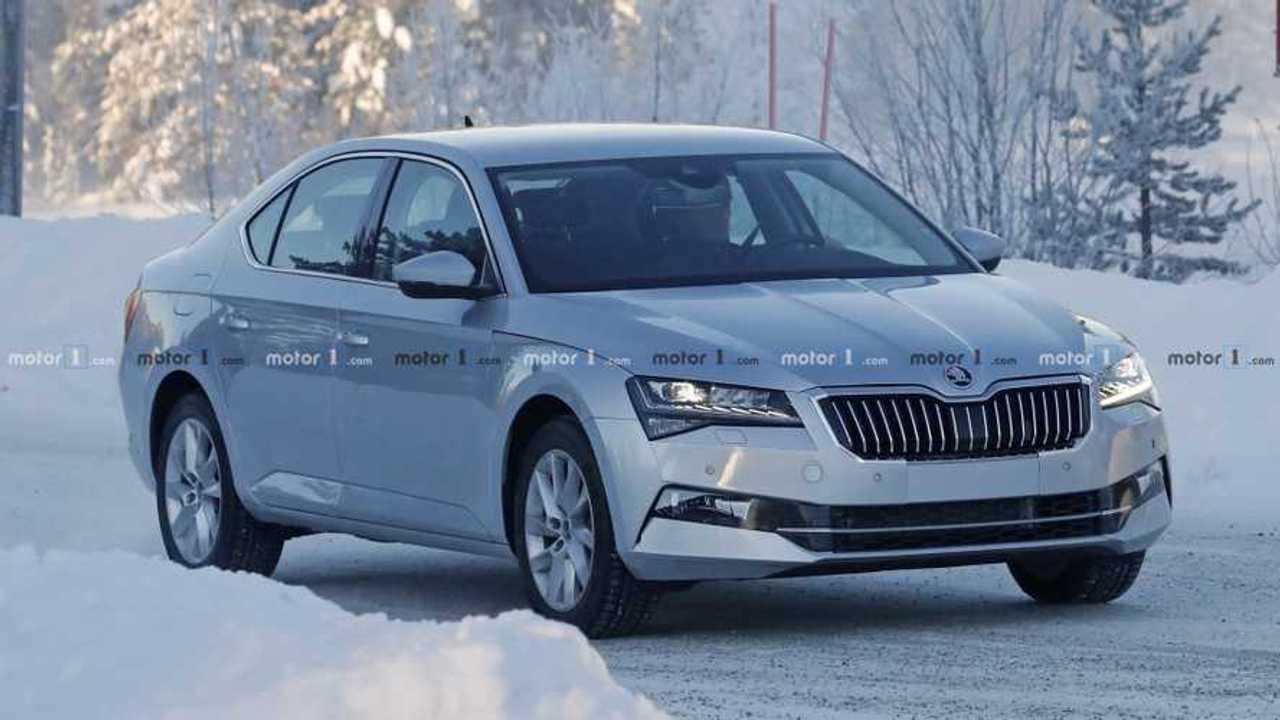 Skoda's flagship is getting a subtle refresh to avoid a midlife crisis.

With the best-selling Octavia getting a hugely controversial split headlight design for its facelift, we were afraid the same thing would happen with Skoda’s range topper. That’s not going to be the case taking into consideration these fresh spy images are showing a barely camouflaged prototype of the Volkswagen Passat’s Czech brother with one-piece clusters. The look of the headlights has changed and that’s primarily because these have transitioned from a xenon setup to a full-LED arrangement. Finally.

These are not your typical Superb models:

Czech out this Skoda Superb sleeper with 560 bhp
⠀

At a first glance, the test vehicle does not appear to be carrying any disguise whatsoever, but in typical Skoda fashion, the 2019 Superb is wearing a bit of body-coloured camo. It’s noticeable at the front bumper, specifically at the cutouts for the parking sensors and the cap for the tow hook. We can also see it at the edges of the corporate grille and also between the headlights and the grille. It could be a sign that the lighting clusters will meet with the sides of the grille to make the front fascia seem wider and more imposing.

Since this is only a mid-cycle refresh, we are not at all surprised by the fact the side profile looks virtually the same as on the current Superb because changes to the door panels and/or fenders would be too expensive for just a facelift. At the back, the taillights appear to feature sharper graphics and there seems to be some camo between them on the tailgate. It’s likely there to hide a chrome strip, unless Skoda is joining other automakers in implementing full-width light strips, although we think it’s just a chrome bar.

The Superb has already transitioned to Skoda’s latest infotainment systems, so we are not expecting any big changes inside the cabin. You can get the company’s crown jewel of the range with an optional all-digital instrument cluster and a buttonless 9.2-inch touchscreen. By “buttonless” we mean there aren’t any physical controls as you only get touch-sensitive controls for Menu, Home, Volume Up/Down, and Power to the left of the display.

This particular prototype seemed to have dual exhausts, which indicates it might have been equipped with the punchy 2.0 TSI delivering 276 bhp to both front and rear wheels through a dual-clutch, seven-speed automatic transmission. Since we’re on the subject of engines, the facelifted Superb will become the first production Skoda model in history to be electrified by adopting a plug-in hybrid system.

The 2019 Superb should be out later this year, but not before its fancier and more expensive counterpart from VW.