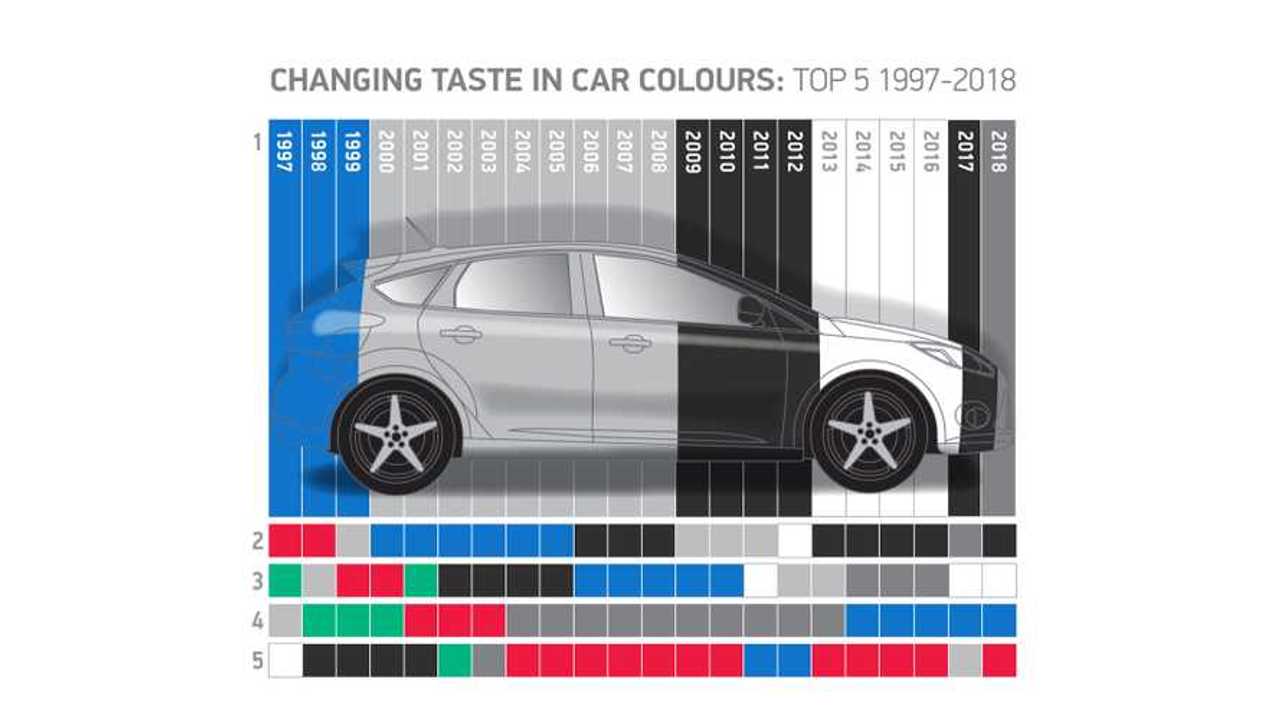 Turns out grey is the new black

Grey was the most popular car colour in the UK in 2018, leapfrogging former favourite black to take top spot.

Figures from the Society of Motor Manufacturers and Traders (SMMT) showed that just under half a million grey cars were registered last year, meaning the shade was found on more than around 21 percent of all new cars.

Such is the popularity of those three shades, though, that they account for a combined total of 59.4 percent of new car sales.

Primary colours such as red and blue have also lost popularity over the past few years, and the 2018 result makes it 19 years since such a colour was the country's favourite. That was back in 1999, when blue took the title.

And primary colours have not made their way into the top three shades in any of the past eight years.

The one-time favourite, silver, slumped to become the sixth most popular colour, being painted on to around 220,000 new cars.

But the gulf in popularity between the top six colours and everything else is enormous. Together, grey, black, white, blue, red and silver make up 94.8 percent of new cars, and the seventh most popular colour - orange - was eight-and-a-half times less popular than silver.

Found on just 26,000 of the cars registered in the UK last year, the bold colour claimed a market share of just over one percent.

With a market share of 0.9 percent - the equivalent of 21,000 cars - green came home in eighth place, while the top 10 was rounded out by bronze and beige, which each accounted for just under half a percent of the new cars registered.

“There are more opportunities than ever to personalise your new car to your exact taste, and UK motorists have approached the challenge with gusto in 2018,” he said.

“With around 80 new or upgraded models coming to market in 2019 equipped with the latest low and zero-emission powertrains, advanced safety tech and exciting comfort and convenience features, it’s great that buyers have so much to choose from.”