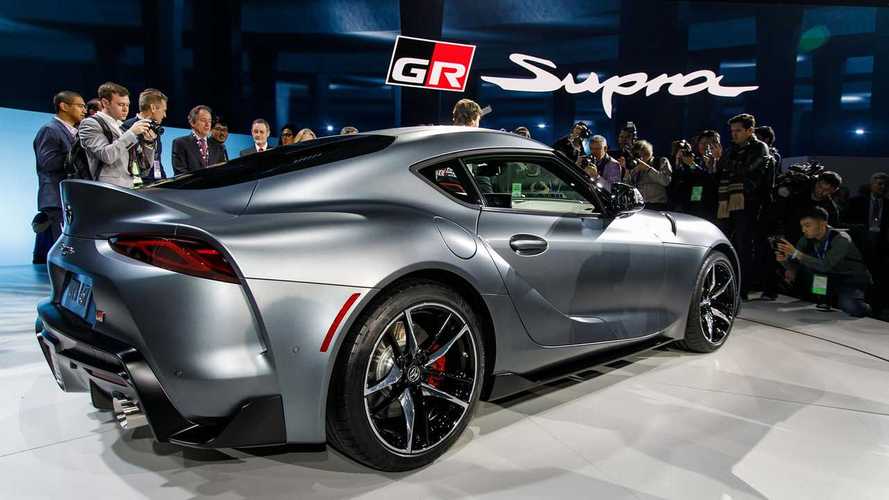 There aren't any official plans to take the sports car to Germany at this time.

Now that the Toyota Supra is official, there’s are a couple questions we’re hearing from just about every corner of the automotive community: When will a higher-horsepower model come out, and when will Toyota send its new sports car around the Nürburgring. We don’t have answers to either of those questions yet, but Road & Track prodded Supra’s Chief Engineer Tetsuya Tada about lap times at the 2019 North American International Auto Show in Detroit.

The Supra is finally here:

In short, Toyota hasn’t ventured to Germany yet for official laps at the storied track. Speaking to the magazine, he reportedly said the car would likely run into its speed limiter on the long straight, but could still turn a 7:40 time.

Whether or not Toyota has plans to actually give it a go isn’t clear. In the interview, Tada offered a non-committal response that “perhaps” the automaker might remove the speed limiter and seek a lap. From a practical standpoint, however, we’re not sure what the value would be in seeking an official time. It won’t be close to any established records, and from an automaker perspective, the marketing value about ‘ring times is claiming the top spot.

It's all about the lap times, or not?

Hyundai says chasing Nürburgring times is a waste of money

More likely is a private individual or magazine heading to the famous track for a go at the Nordschleife. Should that happen – and should Tada’s 7-minute 40-second estimate prove accurate – the new sports car would be in the company of older supercars like the C6 Chevrolet Corvette ZR1 and 997 Porsche 911 Turbo S. The current Honda Civic Type R and Porsche Cayman GTS would be viable competition as well.

As for when – or if – the Supra might see a power boost similar to its 382-bhp BMW Z4 stablemate, that subject hasn’t yet been discussed.