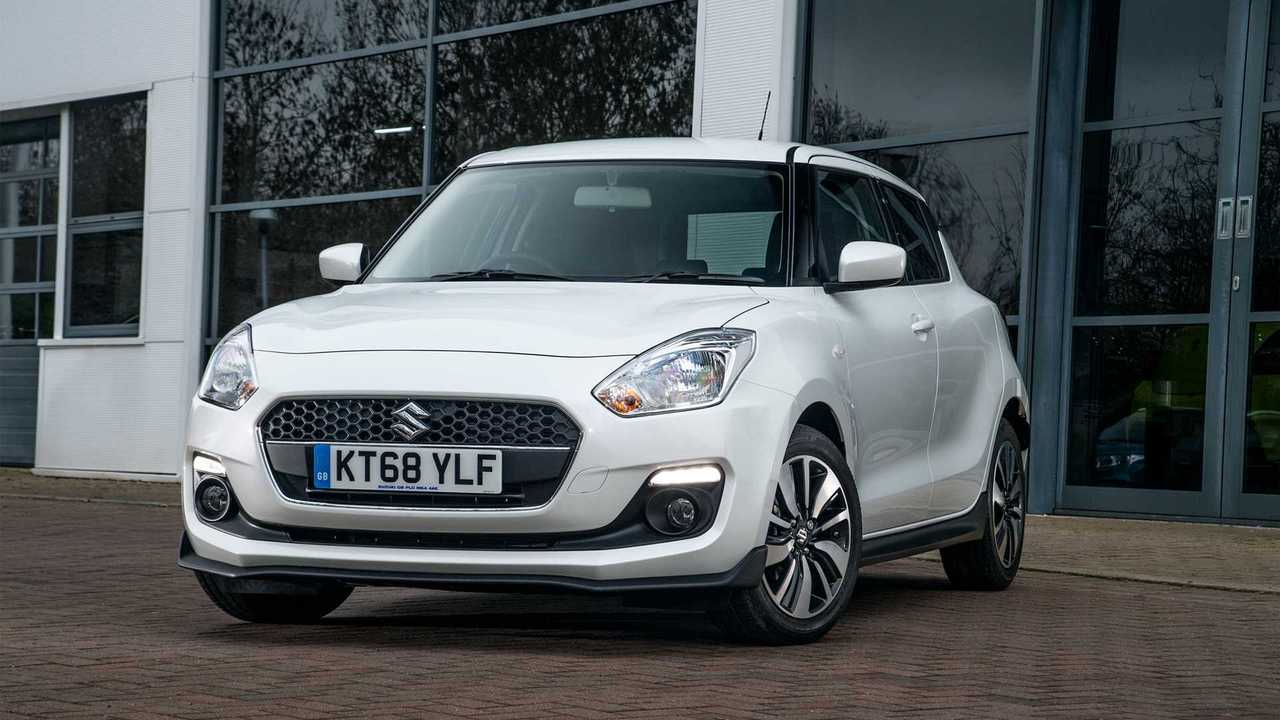 No, the company hasn't been reading self-help books over Christmas - it's a new kind of Swift.

Suzuki has announced a new special-edition version of its popular Swift hatchback called the Attitude.

Based on the entry-level SZ3 model, the newcomer adds a range of styling upgrades in a bid to appeal to younger buyers.

Corrie actor celebrates passing his test by buying a... Suzuki

It isn’t the first time the Japanese brand has tried this strategy, having released an Attitude version of the old Swift back in 2012.

As with that car, the 2019 model is designed to offer youngsters some of the styling of a hot hatchback without the thirsty engine or the massive insurance premium.

So while a standard SZ3 gets 15-inch steel wheels, manual air conditioning, Bluetooth, automatic headlights and precious little else, the Attitude ups the ante somewhat.

Highlights include 16-inch two-tone alloy wheels, carbon-effect skirts and a rear spoiler, but you also get front fog lights and a sportier mesh grille with a chrome surround.

But despite the sporty image, the Attitude gets the same 1.2-litre, four-cylinder petrol engine you’d find in a basic SZ3. According to Suzuki, it produces 89 bhp, which it feeds to the front wheels via a five-speed manual gearbox.

Fuel consumption rather depends on what measure you use. According to the manufacturer, the new more stringent WLTP emissions and economy test puts the figure at around 53 mpg and CO2 emissions of 124 g per kilometre.

But Suzuki says that if you use the old New European Driving Cycle (NEDC) measure, it returns 60.1 mpg and pumps out CO2 at a rate of 108 g/km.

Despite the company’s admission that the Attitude is aimed at youngsters who can’t insure a sportier model, there’s a significant price to pay for the Attitude’s extra equipment. The newcomer commands a price tag of £13,499, which represents a £1,000 increase over the £12,499 SZ3.

And it can cost even more if you make merry with the paint palette. Fervent Red is the only no-cost paint job, but there is a range of metallic colours to choose from. Pure White, Premium Silver, Super Black, Mineral Grey and Burning Red are all on offer, but they’ll set you back an extra £485.

However, the first quarter of 2019 will see Suzuki offer what it calls a “very attractive” personal contract purchase (PCP) deal.

The company will give buyers a £500 finance contribution, as well as a “nil advance deposit” and zero-percent APR. That leaves payments of £155 a month for four years and a maximum of 24,000 miles, with the option of forking out for a final £5,069 payment to buy the car outright at the end of the deal.