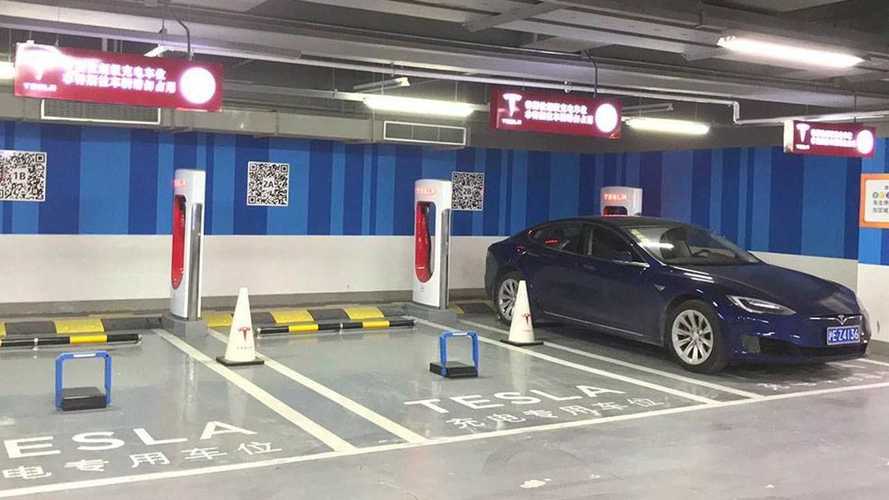 These spaces can't be parked in by conventional cars.

A new solution for the ridiculous craze of ICEing has cropped up in China.

If you're unfamiliar, ICEing is when fools who are against the advent electric cars park their internal combustion engined vehicles in front of electric vehicle charging spots, blocking them from those who actually need them. It's the sort of childish, idiotic activity that you'd expect to see in a school playground... if school playgrounds had EV charging points.

The rise of the electric car

The solution is to block those spots with solid iron bars. 'But what about the Tesla drivers who need access?' I hear you ask. Well, Tesla drivers (and it does appear to only be available to Tesla drivers right now) who have the WeChat app can scan the QR Code and get access to the parking spot to be able to charge.

Some sources have suggested that the brilliant idea was actually Tesla's, but it appears much more likely to be the brainchild of the car park owners.

The idea is a good one to deter the moronic activity of blocking charging points for the sake of it, but it's a shame that such a measure has to be put in place.Hopefully other locations across the world won't need to invest in such a deterrent, but if they do, it's a fantastic solution.