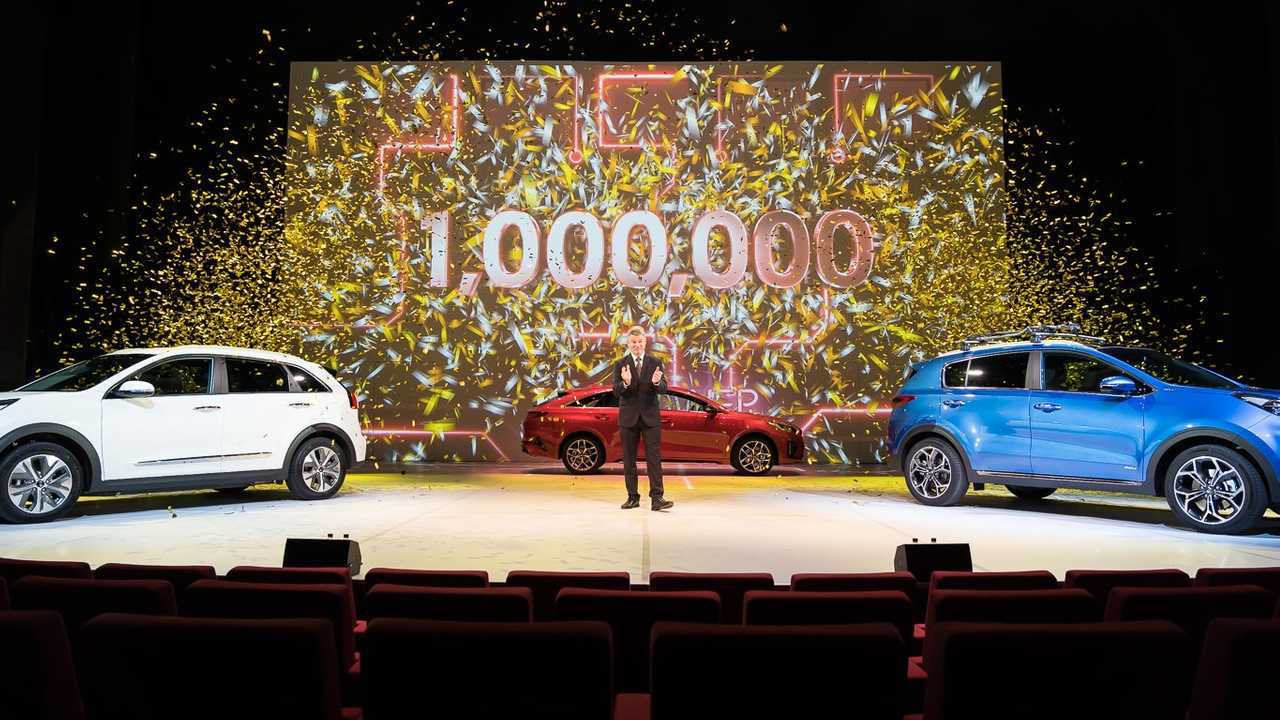 The Korean brand has hit an impressive milestone.

Once upon a time Kia made absolute garbage. Owning a Kia was a way of telling the world you absolutely did not care about the vehicle you were in, nor how you were perceived.

Nowadays its a different story. Every car in Kia's UK range is good looking, good value, and not bad actual 'cars' by any means. They even come with an industry-leading seven-year warranty. In keeping with this '10 year challenge' social media craze that's sweeping the internet right now, it's safe to say Kia is a lot prettier now than it was more than a decade ago.

Kia has come of age

The marked improvement for the Korean brand can be reflected in its sales figures, because Kia has just notched up its millionth sale over here. When the brand hit UK shores in 1991, it managed just 1,786 sales; last year it sold 95,764 cars – nearly 10 percent of its overall UK sales since its market debut, and a yearly record for the brand.

Kia’s best selling car in the UK is Sportage with 241,912 sold since 1995. The Picanto ranks second with 191,926 sold since 2004, while the cee’d – the car that arguably made the world sit up and take notice of the company – has sold 138,253 since it was first launched 2007. In fact, the factory where the cee'd (or Ceed as Kia is now sensibly calling it) is built that has helped ramp up Kia's sales. Since the plant in Žilina opened eight years ago, 626,000 cars built there have found their way to the UK.

"This is a remarkable milestone and all of us at Kia are extremely proud to have reached this momentous moment inside three decades," Paul Philpott, president and chief executive at Kia in the UK said of the million car milestone. "The Kia brand started in the UK with sensible, budget-focused vehicles but during the last decade in particular our customer-base has grown on the back of outstanding design, unmatchable quality and the reassurance of our industry-leading seven year warranty."

"I don’t know just when we will reach the two million mark, but we are all looking forward to the journey to that point and it will be an exciting ride that I am sure will see the nature of the motoring world change quite considerably," he added.

Kia's millionth UK car was a blue Sportage GT-Line which was delivered to Dr. Fergus Duncan (above right) by Kia dealer Flear and Thompson of Dunfermline, Scotland.