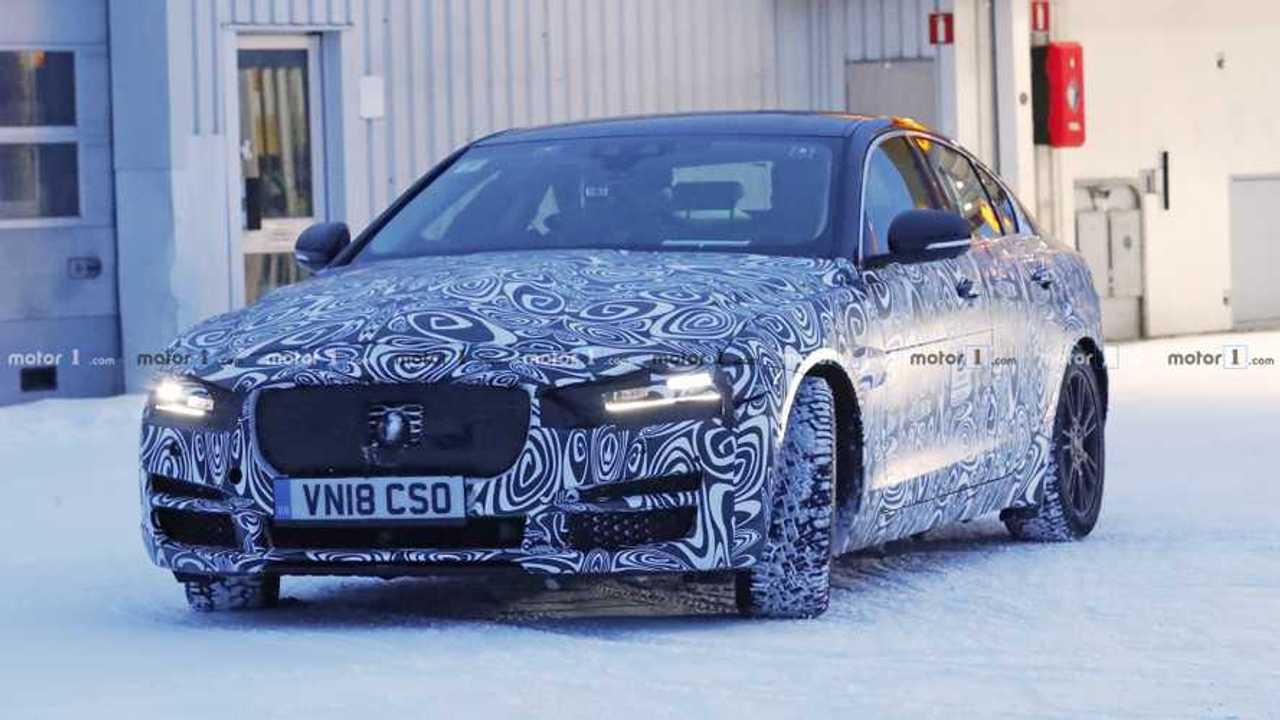 Our spies were also able to take a look inside the unfinished cabin.

The 2019 Detroit Auto Show might be in full swing but over in the northern parts of Europe, it’s just a regular day. That means automakers are out and about testing their future models, including the soon-to-be-facelifted XE. We’ve spotted Jaguar’s sporty saloon before, but this batch of 20 fresh images gives us the best look yet at Britain’s answer to the A4 / 3 Series / C-Class trio.

Maybe it’s the camouflage playing tricks on us, but the headlights appear to be slimmer than before, and it could be a similar story at the back with the taillights. The generous amount of disguise used by Jag might tempt you into believing the XE is about to go through major cosmetic surgery, but with this only being a mid-cycle refresh, it likely won’t be the case. Aside from the new lights, we’re also expecting a new look for the bumpers. That’s about it.

Our spies were able to take a couple of photos with the saloon’s interior, which although unfinished, it does reveal some of the changes the dashboard will be going through. For example, the driver’s display is completely black, so we’re probably looking at an all-digital setup since we can’t see any physical needles and gauges.

Check out the centre console and you’ll notice the lower display flanked by two rotary knobs as seen recently in the I-Pace electric crossover. The touchscreen above it will be brought up to date with Jaguar’s latest and greatest infotainment, while the shape of the gear shifter reminds us of the hardcore XE SV Project 8.

Dreaming of an estate version to complement the saloon’s facelift? It’s not going to happen, and it’s the same thing with the meaner SVR derivative. The XE will get updated Ingenium engines with a mild hybrid system, along with quite possibly additional safety features and semi-autonomous driving tech.

Expect the covers to come off soon, but not at the Geneva Motor Show since Jaguar Land Rover is skipping the event, much like Ford and Volvo.