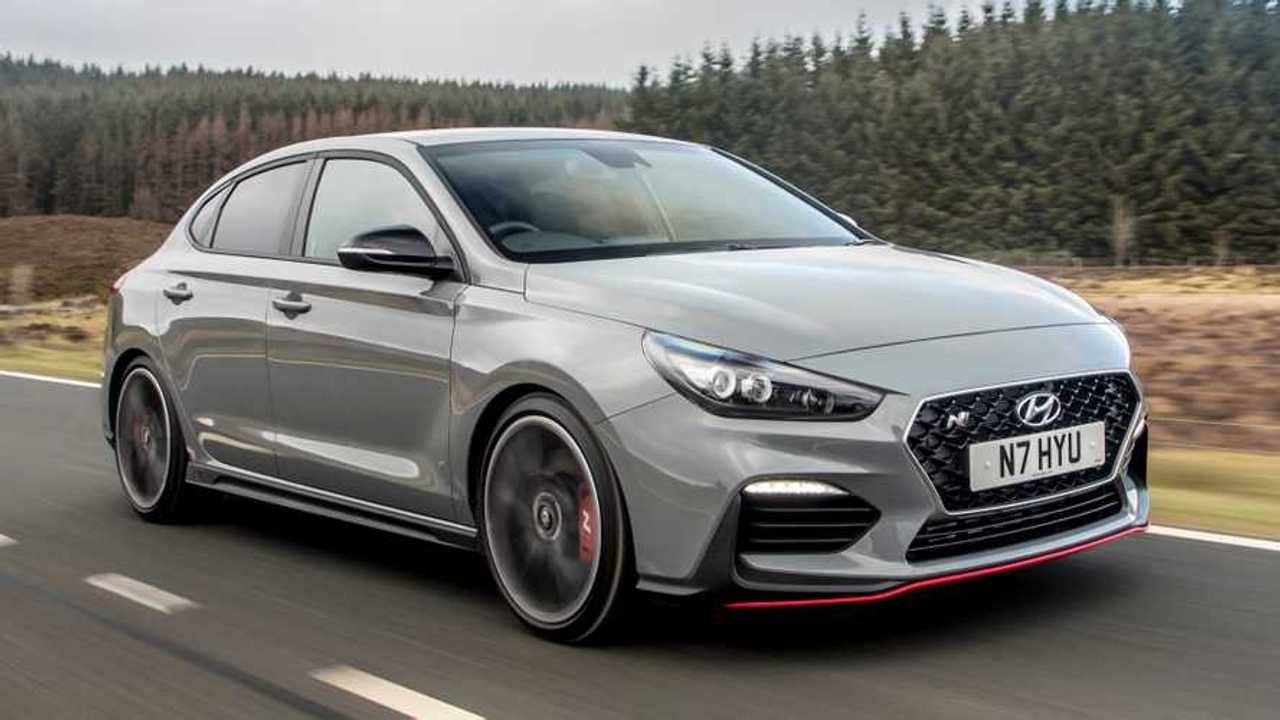 Performance fastback will squeeze 271bhp from its 2-litre petrol engine.

Hyundai’s new i30 Fastback N will cost just under £30,000 when it goes on sale on January 21, the South Korean manufacturer has announced.

Unlike the i30 N hatchback, which is available in a choice of 247 bhp and 271 bhp guises, the sleek fastback version will be available solely in the more powerful state of tune.

Unlock and start the Hyundai Santa Fe using your fingerprint

With prices starting from £29,995, the rakish new model will cost just £500 more than the equivalent hatchback.

And as with the five-door hatch, the i30 Fastback N will send its power to the front wheels via a six-speed manual gearbox and an electronically controlled limited-slip differential. And when the power gets to there, it’s used to rotate the 19-inch alloys and their specially designed Pirelli P-Zero tyres.

The two cars share the Active Variable Exhaust System, too, which changes the engine note to produce a sportier sound when the car is in its most aggressive driving mode.

Handling is taken care of by the revamped suspension, which is designed to make the car both more comfortable and more responsive, and the electronic torque vectoring system, which uses the beefed-up brakes to control the amount of power sent to each of the front wheels.

All that comes as standard, along with a range of aesthetic upgrades that mark the N models out from their more mundane brethren.

On the rear diffuser, for example, a triangular fog light acts as a calling card, while there’s a red stripe at the base of the front bumper and red brake callipers peeping out from behind the sporty wheels.

Inside, the red theme continues with contrast stitching on the heated leather-and-suede seats and red surrounds on the air vents.

On-board technology, meanwhile, includes an eight-inch touchscreen satellite navigation system, LED headlights and cruise control, as well as keyless entry and push-button ignition. In front of the driver, the Fastback N gets the same instrument cluster as the hatchback, with a 4.2-inch screen that displays driving modes, shift timing lights and a maximum rev light that adjusts according to the engine’s temperature.

Ashley Andrew, the managing director of Hyundai Motor UK, said the Fastback N would cater for a more style-conscious customer than the standard hatchback.

“The i30 N Hatchback surprised many at its launch and has quickly gone on to become an established performer in the hot hatch sector,” he said. “The i30 Fastback N will cater for those wanting hot hatch performance but with a more distinctive and elegant style.”

Gallery: Hyundai i30 Fastback N in the UK