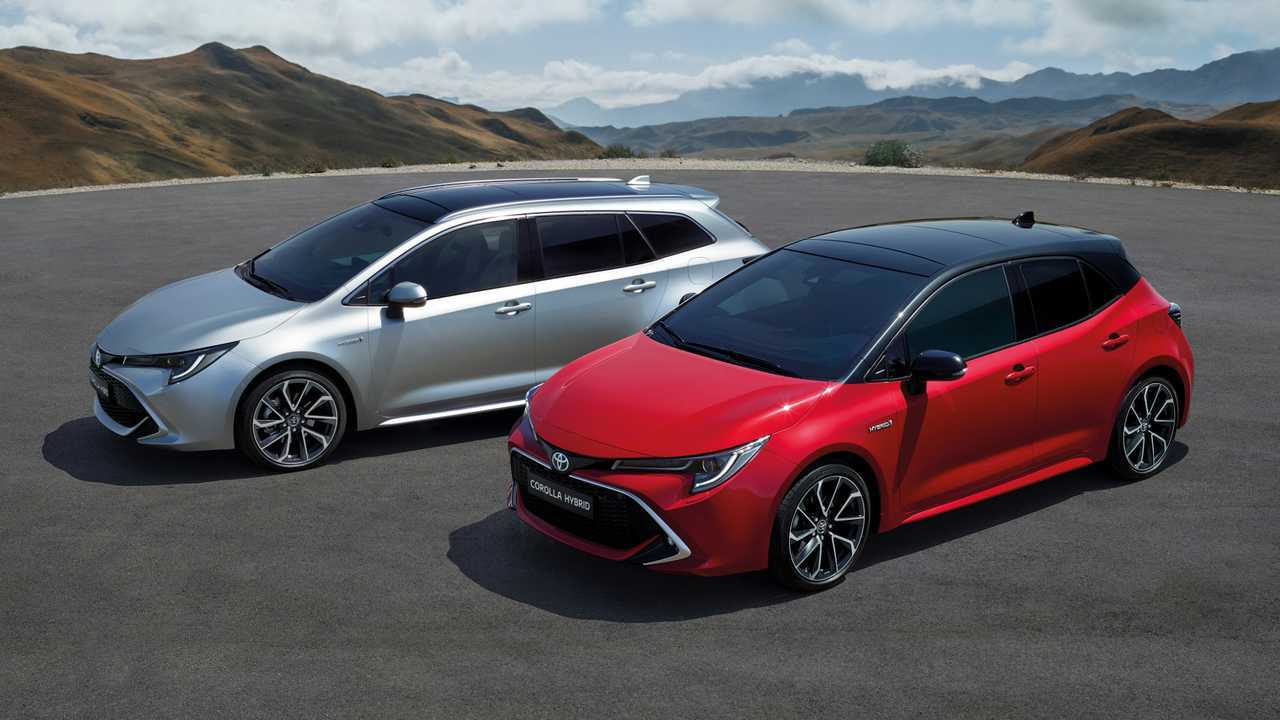 Both hatchback and estate versions will be made in the UK.

Toyota has begun production of the new Corolla family hatchback and estate at its UK manufacturing plant near Derby.

Until now, the Burnaston factory has been the main production facility for the now-defunct Auris, but that model has been replaced by the Corolla.

It’s the first time we’ve seen the famous nameplate in the UK for more than a decade, although it has adorned the Auris in several foreign markets.

Like the Auris, the new Corolla will be offered in a choice of hatchback and estate variants, with hybrid power available under the bonnet.

The cheapest variant – the 1.2-litre Icon hatchback – will cost £21,300 and comes with 16-inch alloy wheels, automatic LED headlights and a reversing camera, as well as an eight-inch touchscreen and heated front seats.

Upgrading to the Touring Sports estate costs an extra £1,270, while the 1.8-litre petrol-electric hybrid commands a £2,450 premium over the standard 1.2 petrol.

According to Toyota, the newcomers will be “strong contenders in the highly competitive C-segment compact hatchback and wagon market”.

Today, the start of production was marked by a ceremony attended by Dr Johan van Zyl, the president of Toyota Europe, and Greg Clark, the Secretary of State for Business.

Dr van Zyl, said: “Toyota Manufacturing UK (TMUK) was our first major manufacturing enterprise in Europe and we have invested more than £2.75 billion in its operations since the start of production in 1992. As part of our strategy to secure the competitiveness of our UK operations, we took the decision in 2017 to upgrade our Burnaston plant to manufacture cars based on the new TNGA platform.

“The highly qualified workforce at TMUK has a fine record of delivering superior quality products.  Our continued investments, combined with the dedication of our members, will ensure that we can deliver ever better cars to our customers. The new Corolla will play a critical role in our market ambitions in Europe. It delivers the benefits of the new TNGA platform and increases the appeal of our industry leading self-charging hybrid electric technology.”

Marvin Cooke, the managing director of TMUK, added: “This is a proud day for everyone at TMUK, making the new TNGA Corolla is a major milestone in our production history.

“This is a real sign of confidence in the capabilities of our workforce and in TMUK as a centre for world-class manufacturing. We will continue to deliver the highest level of quality products to our customers.”