A 1.6-litre petrol engine will take the sportiest Ceed to 62mph in 7.2 seconds.

The new Kia Ceed GT warm hatch will arrive in the UK later this year bearing a price tag of just over £25,500.

With a 1.6-litre turbocharged petrol engine producing 201 bhp, the sportiest iteration of Kia’s family hatchback will sprint from 0-62 mph in 7.2 seconds before hitting a top speed of 143 mph.

Kia Sonic and Picanto get special treatment for 2019 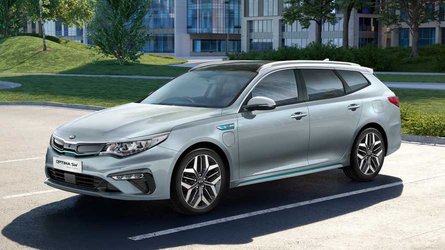 By way of a comparison, the VW Golf GTI Performance has 241 bhp, allowing it to dispatch the 0-62 mph sprint in 6.2 seconds and keep on accelerating to 155 mph.

But Kia’s chief operating officer for Europe, Emilio Herrera, freely admits that the Ceed GT is not out to set records for straight-line speed.

“The all-new Ceed GT occupies a unique position in the mid-size family car segment and doesn't simply chase the highest top speed or fastest straight-line acceleration,” he said. “It offers greater agility and grip on winding roads, maximum confidence and comfort at a cruise, and fast-revving turbocharged power perfectly matched to European tastes.”

To that end, Kia has fine-tuned the car’s suspension, lowering the ride height by five millimetres and stiffening the front springs. All that is designed to keep the centre of gravity low down and reduce the amount of roll through corners, as well as improving the response to the driver’s steering inputs.

Speaking of which, the steering has been fettled to make the car feel more agile than its predecessor, with a 17 percent faster steering rack. That means smaller inputs will result in a larger response from the front wheels.

Kia has played with the electric safety gizmos, too, retuning the stability control to improve the cornering and fitting a system that brakes the inside wheels to reduce understeer.

The brakes have also been upgraded, with larger discs to improve performance and heat absorption during prolonged and repeated use.

And as before, the Ceed will come with a six-speed manual gearbox, which is designed to increase the sensation of driver involvement. It also allows the car to return 38.2 mpg on the new, more stringent fuel economy test.

Kia hasn’t just fiddled with the Ceed’s underpinnings to create the GT model, though. The car has had an aesthetic makeover, too.

From the outside, the GT is set apart by its new front bumper design, with red highlights on the gloss black grille. Bulkier side sills have also been fitted, along with 18-inch alloy wheels that hide bright red brake callipers.

Inside, the GT gets a sportier look, thanks to black rooflining, a D-shaped ‘cut-off’ steering wheel and newly designed sports seats trimmed in black leather and faux suede with red stitching.

All that comes as standard in the £25,535 asking price, along with an eight-inch touchscreen navigation system, automatic lights and keyless entry. Heated front seats are included, too, as are the Android Auto and Apple CarPlay smartphone connectivity systems.