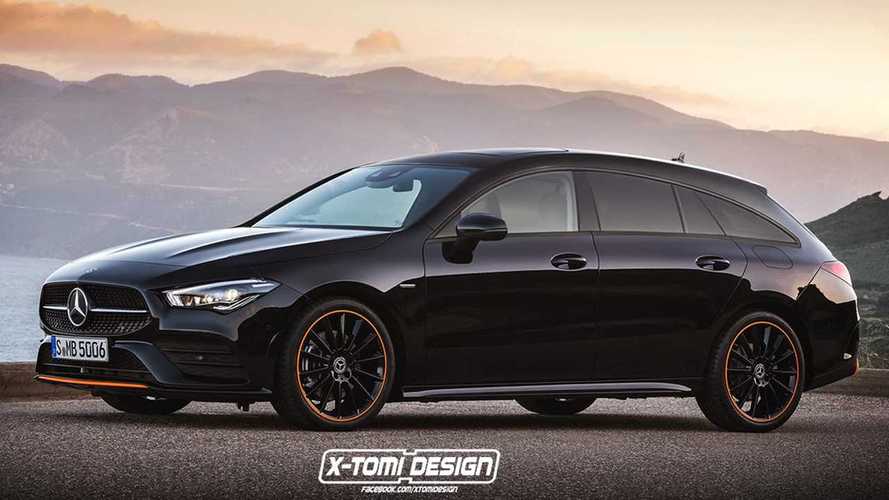 There's a new Mercedes CLA-Class, and with its new generation model comes a variety of things that are improved from its predecessor. However, there's one thing missing in the lineup of the fastback saloon/four-door coupe during its reveal at the 2019 Consumer Electronics Show – the CLA Shooting Brake. But you don't have to worry about its arrival, Mercedes will surely launch a CLA Shooting Brake in the near future; several spy shots have surfaced last year, and it's only a matter of time until the German marque unveils the long-roof version globally.

But just in case patience isn't part of your virtues, X-Tomi Design made a realistic rendering of the CLA Shooting Brake, based on the black CLA Saloon with orange accents. Here's a side-by-side comparison:

Upon seeing the new render, we can't help but appreciate the craftiness of X-Tomi Design. It's easy to fool our eyes and say that this is the real thing that we're looking at. It's just a shame that it isn't a rear shot render, as most of the changes in the 2020 CLA Shooting Brake are found at the rear fascia.

Based on the spy shots that we got last year, the CLA Shooting Brake will have a two-piece taillight configuration that extends onto the tailgate, unlike the old one that has a one-piece cluster that ends by the door sill. The license plate is also now positioned lower in the fascia as it will be sitting in the bumper instead.

The next CLA Shooting Brake is expected to be bigger and roomier than its predecessor following the upsizing of other Mercedes cars like the new A-Class. The new MBUX infotainment system would probably crown its dashboard, again, to align itself with the whole Mercedes range.