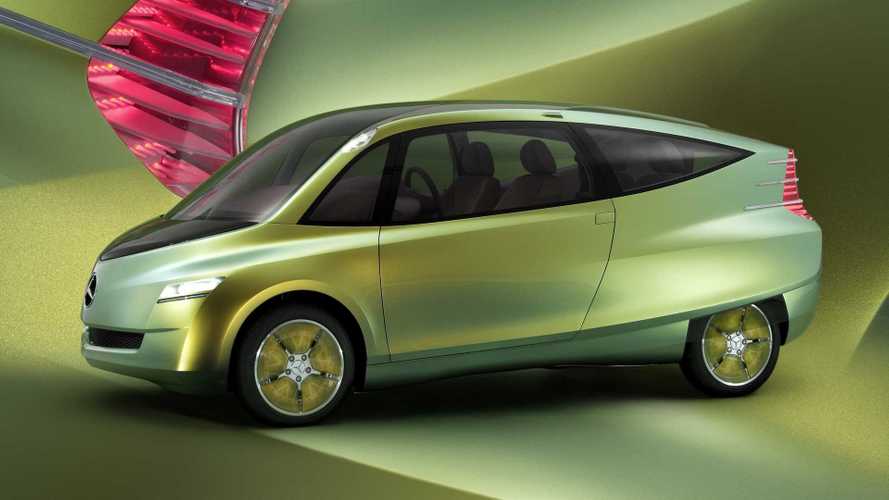 With a body shaped after a boxfish, this quirky concept is unlike any other Mercedes.

Debuted: June 2005 in Washington at the DaimlerChrysler Innovation Symposium

“Quirky” is the name of the game of our weekly Concept We Forgot series, and it doesn’t get much quirkier than the Mercedes Bionic shaped after the boxfish (Ostracion Cubicus).

During what turned out to be the ill-fated DaimlerChrysler era, Mercedes explored the idea of designing a car influenced by nature, specifically a species of boxfish found throughout the Indian Ocean and the Pacific Ocean. Like its source of inspiration, the concept adopted a rather odd shape yet it was highly aerodynamic by featuring a drag coefficient of just 0.19, much like the Volkswagen XL1 introduced several years later. For reference, the most aerodynamic production car money can buy today also comes from Mercedes, and it’s the A-Class Saloon with a 0.22 Cd.

Beyond its boxfish exterior and minimalist cabin with a panoramic roof and cameras instead of conventional mirrors, the compact two-door Bionic was also interesting for its impressively high fuel efficiency. Fitted with a 2.0-litre turbodiesel engine ushering in selective catalytic reduction (SCR) tech, the unconventional concept sipped 54.7 miles per gallon. The official press release quotes a fuel consumption of only 84 mpg when driven at a constant speed of 56 mph.

Fully operational and capable of seating up to four people, the Bionic was developed by Mercedes with help from bionic experts to implement the “growth principles in nature to automotive engineering:”

“This process is based on the SKO (Soft Kill Option) method: bodywork or chassis components are dimensioned by means of computer simulation in that the material is made ever thinner and finally cut away completely in low-load areas, whereas highly stressed areas are reinforced. By applying the SKO method to the entire body-in-white structure, weight is reduced by some 30 percent, while the high levels of stability, crashworthiness, and driving dynamics remain unchanged.”