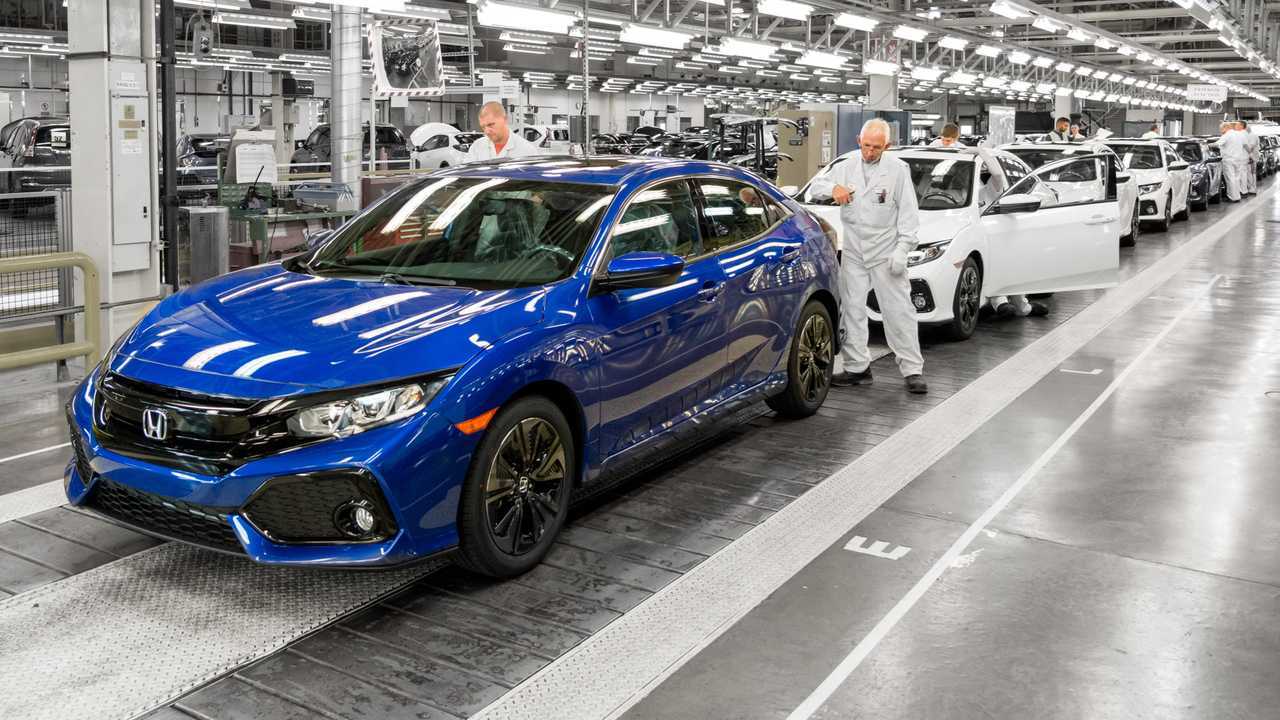 The Swindon factory will pause to absorb any border delays caused by Brexit.

Honda has confirmed that it will close its factory in Swindon for six days in April to reduce disruption caused by Brexit.

The Japanese company builds its Civic hatchback at the factory, which was set up in 1989 and now employs more than 4,000 people.

Honda Urban EV is the most adorable prototype

However, as reported by the BBC, Honda says it plans to pause production after the UK leaves the European Union to prevent border delays impacting the manufacturing process.

According to a spokesperson for the firm, the company fears that delays at the borders after March 29 will prevent parts arriving at the production facility on time. By working six “non-production” days into the schedule, Honda hopes to soften the blow and make the plant run more smoothly.

“Honda has been assessing how best to prepare for any disruption caused by logistics and border issues following the UK leaving the EU on March 29, 2019,” said the spokesperson.

“To ensure Honda is well placed to adjust to all possible outcomes, we are planning six non-production days in April 2019. This is to facilitate production recovery activity following any delays at borders on parts. These contingency provisions have been put in place to best mitigate the risk of disruption to production operations at the Swindon factory.”

Honda is not the only manufacturer to have announced stoppages in production after Brexit. Last year, BMW said its Mini factory in Oxford would move the annual maintenance shutdown period to April in a bid to soak up post-Brexit delays.

The news follows the announcement that new car sales in the UK fell once again last year, while British car production has also declined. The Society of Motor Manufacturers and Traders (SMMT), which represents car makers and dealers in the UK, laid some of the blame at the door of “political and economic uncertainty” caused by the UK’s ongoing failure to iron out a Brexit withdrawal deal.

Mike Hawes, the chief executive of the SMMT, last month begged the government to sort out a deal for the sake of the country’s car industry.

Speaking just before Christmas, Hawes said: “With fewer than 100 days until the UK leaves the European Union, the automotive industry needs certainty and a ‘no-deal’ Brexit must be ruled out. Thousands of jobs in British car factories and supply chains depend on free and frictionless trade with the EU – if the country falls off a cliff-edge next March the consequences would be devastating.”