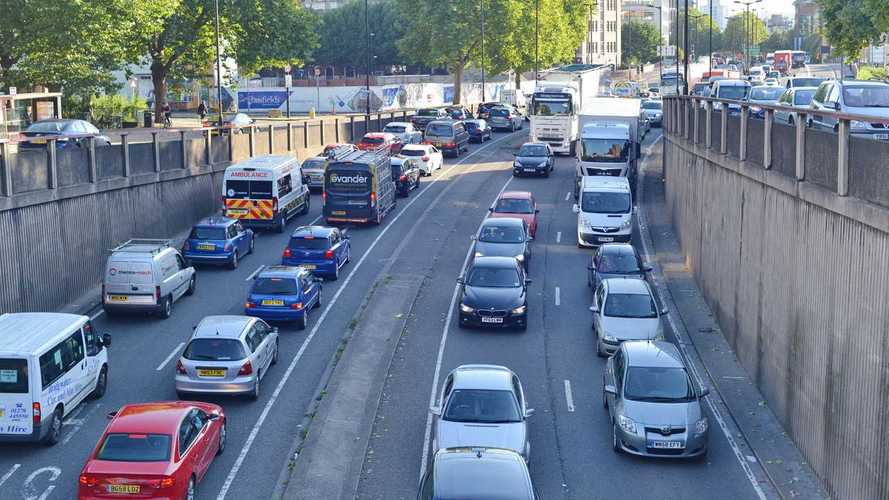 Two-thirds of city-dwellers are left frustrated by traffic congestion.

Almost two-thirds of city-dwellers are “frustrated” by the level of traffic congestion on British streets, according to new research.

A study by infrastructure firm ATG Access found that 65 percent of those living in cities think traffic levels in city centres are too high.

More on the UK's traffic problems:

Perhaps unsurprisingly, the most disillusioned motorists live in London, where 76 percent of residents are left tearing their hair out by the amount of vehicles clogging the city’s roads.

In fact, southern England scored badly across the board, with 74 percent of drivers in the South East and 68 percent of those in the South West bemoaning poor traffic flow in their regions.

More than two-thirds of respondents (68 percent) said they wanted to see better traffic light control measures at busier times, while some 75 percent of those surveyed said they wanted councils to implement smart traffic lights that would respond to the volume of traffic and change their sequences in real time to improve flow.

But residents also want to see more traditional methods of traffic calming, with 37 percent claiming that parking restrictions on busy roads would help to prevent traffic building, while 40 percent wanted more dedicated cycle and bus lanes to encourage drivers not to use their personal vehicles at all.

ATG Access’ managing director, Gavin Hepburn, said the introduction of smart technology would help to reduce congestion and benefit the economy and environment, as well as shortening commutes “drastically” for thousands of motorists.

“Our research has found a clear public desire for smart traffic control measures, which could ease the daily commute for millions of travellers every day,” he said.

“Smart city concepts such as responsive traffic flow measures – ranging from smart traffic lights to programmable smart bollard systems which control traffic – can drive efficiency and drastically cut commuter times. Not only does this have the potential to save the economy £9 billion a year, measures such as these can also dramatically improve a cities’ level of air quality.”