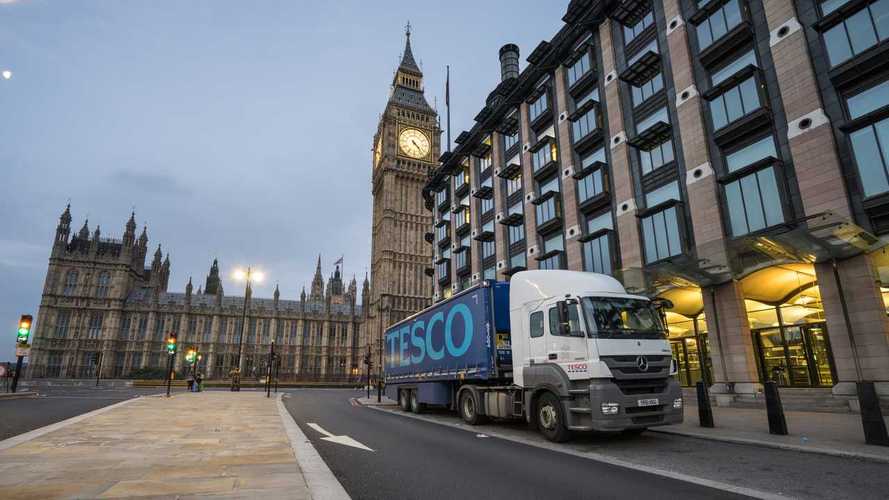 The Direct Vision Standard, which will govern HGV blind spots, is set to arrive in 2020.

London’s plans to remove “unsafe” HGVs from its roads have come a step closer to fruition, with a final draft scheme now published.

As part of the Direct Vision Standard scheme, HGVs with dangerous blind spots will not be allowed into London from 2020.

Under the plans, Transport for London (TfL) will start ranking trucks over 12 tonnes based on the visibility afforded to their drivers, with vehicles affording a good view from the driving seat being awarded a five-star rating.

Those that fail to meet the minimum one-star standard will be forced to demonstrate that they can “operate in compliance with other measures in a defined safe system” before being granted a permit to operate in the city.

And from 2024, any vehicle that fails to meet the three-star standard will be banned “unless they can demonstrate compliance with an updated progressive safe system”.

According to TfL, the proposed safe system incorporates “specific industry-recognised mitigating measures”, such as cameras or sensors that effectively increase the driver’s field of vision.

However, TfL says the safe system will “evolve” to keep up with the latest technological advancements.

The plans will now go to a consultation, allowing members of the public to have their input and suggest changes.

Will Norman, London's walking and cycling commissioner, said: “I am proud that London will be the first city in the world to take such bold action to remove the most unsafe lorries from our streets.

“We are not prepared to stand by and let dangerous lorries continue to cause further heartbreak and tragedy on London's roads. We are doing everything we can to make our roads safer. Improving HGV safety standards will dramatically reduce danger for both cyclists and pedestrians.

“Taking action against dangerous lorries will help a lot more Londoners feel safe cycling as part of their everyday routine, improving their health, and helping tackle air pollution across our city.”

The Freight Transport Association (FTA), which represents the British logistics industry, described the measures were welcome, but said cities should not be the ones to set vehicle design standards.

“The future of road safety will be delivered through technological development and new vehicle design standards which FTA believes will be best set at an international level,” said the organisation’s head of urban policy, Natalie Chapman.

“It is misleading to expect all vehicle designs to be modified for the UK market. New cab design takes years and millions of pounds of investment to be brought to market, and manufacturers are unlikely to develop new vehicles for use in a single city, even one as busy as London. The FTA has always believed that technological innovation is the only way to deliver the mayor’s vision for an end to deaths and serious injuries on the capital’s roads by 2041.”