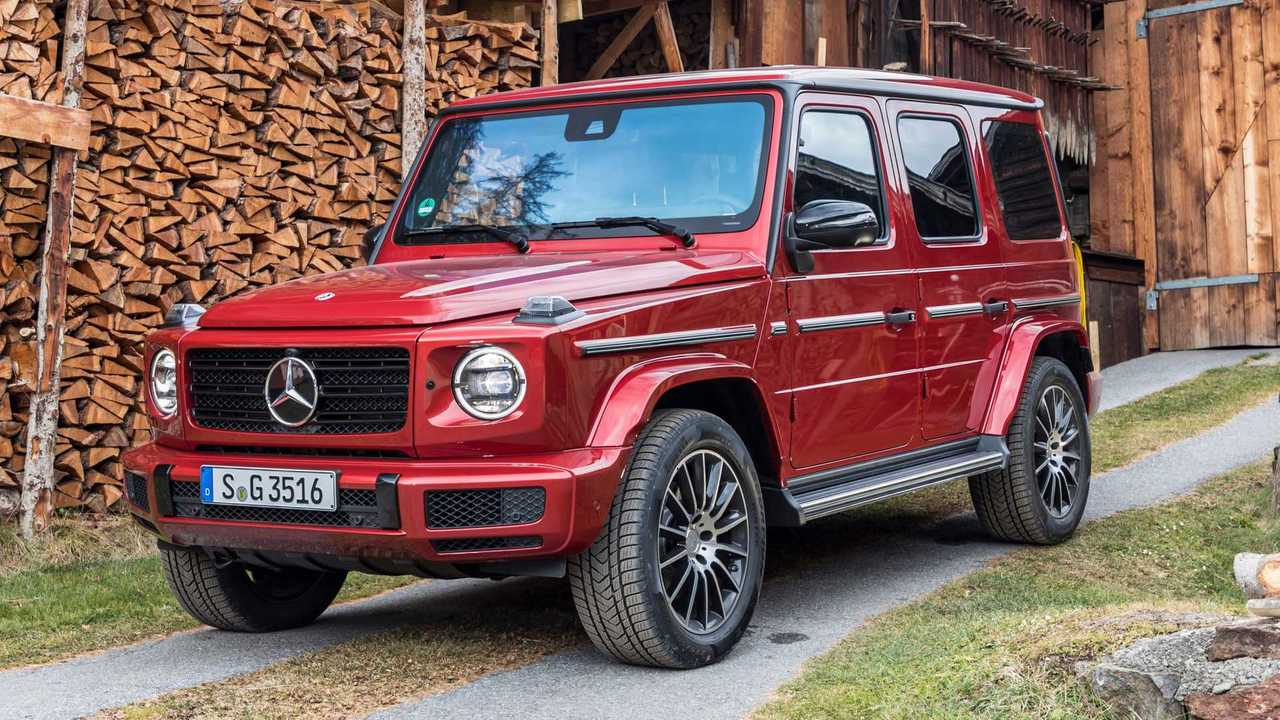 The first diesel-powered G-Classes will arrive this summer.

Mercedes-Benz's new entry-level version of the iconic G-Class 4x4 has gone on sale with prices starting from £94,000.

The luxury 4x4 will slot in beneath the £143,305 V8-engined G 63 in the G-Class range, offering customers a little more economy and a massive cost saving.

More on the famous G-Wagen:

This is how you take the Mercedes G-Class through water

But while it might offer less power than the AMG-badged G 63, the G 350 d does come with vastly improved environmental credentials. Official fuel economy of 29.4 mpg and 252 g/km CO2 emissions won’t win it any eco awards, but it’s noticeably less damaging than the 21.4 mpg and 299 g/km afforded by the G 63.

Mercedes says it still offers the same legendary go-anywhere capability, however, with four-wheel drive as standard and 443 lb-ft of torque to keep you moving.

In addition to a massive diesel engine, your £94,000 outlay buys you a hefty amount of standard equipment. Leather seats, a widescreen digital instrument and multimedia display and heated front and rear seats are all included in the price.

Outside, you get 20-inch alloy wheels, LED headlights and AMG bodystyling, while the cabin is adorned with customisable ambient lighting, electrically adjustable seats and three-zone climate control.

Safety equipment might seem a little superfluous in a car that looks as though it has been hewn from granite, but Mercedes has included it anyway, giving customers blind-spot monitoring and lane-keeping assistance, as well as adaptive cruise control that maintains a safe distance to the vehicle in front.

As is so often the case with Mercedes’ vehicles, the options list primarily comprises a host of ‘packs’ that feature a range of goodies. The Premium Package, for example, buys you adaptive air suspension, a Burmeister sound system and a 360-degree manoeuvring camera, plus a sliding sunroof and extra colour options for the ambient lighting. All that costs a tidy £5,995.

Those wanting a blacked-out look for their car can choose the Night Package, which costs a slightly less wallet-rinsing £1,700 and buys you black wheels, darkened tail lights and a black radiator.

However, for a similar amount (£1,750), you could have the Winter Package, which incorporates a heated windscreen and an auxiliary heater with a remote control. Specify the Winter Package and write a further cheque for £275, and you can have a heated steering wheel.

If all this has left you straining at the leash, the new G 350 d is available to order now, but the first customer deliveries aren’t expected until the summer.