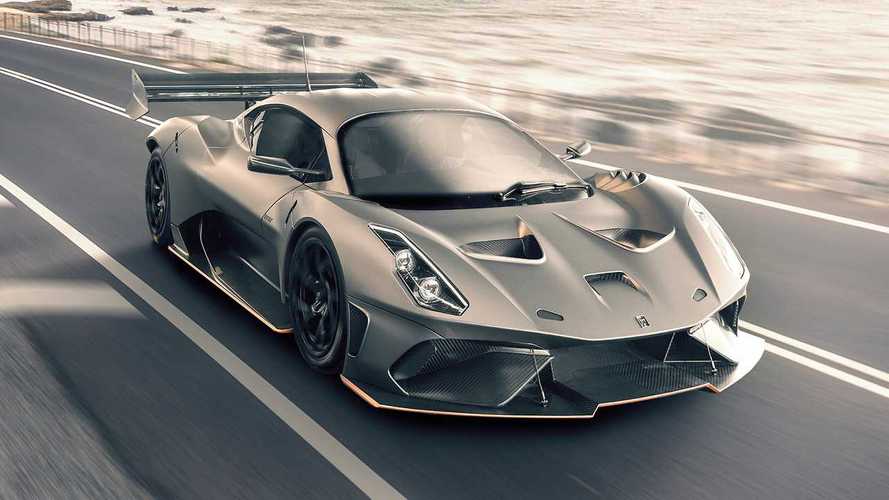 You can now drive the ultimate track day toy to and from your favourite circuits.

Brabham has confirmed that its BT62 track toy can be made road legal thanks to a new a new Road Compliance Conversion option.

Motor1 UK first reported on plans for a road-going BT62 last year in an interview with company founder and managing director David Brabham. The son of Formula 1 legend Sir Jack Brabham told us at the Goodwood Festival of Speed that producing a track day car first was so that they could avoid the hefty investment that a regulated road car or a fully-blown racing programme would bring, while still having a basis to introduce both road and race variants later on.

More on the Brabham BT62

Brabham name returns to the track with BT62 supercar
⠀

"Brabham's DNA is racing so we had to come up with a product which relates to the racing more than the road – a halo project which says 'bang, here we are'," the three-times Le Mans winner said at the time. "It's fast, it looks great, it can go to road, it can go to racing with the next variants; to go straight into a road car would be a massive investment. It just didn't feel like that was the right strategy for us."

"When we launched on May 2 we demonstrated the Brabham BT62 which is a track car only but we also said we want the go racing and we want to go to road as well," said Brabham. "Obviously we need time to grow and mature but they are the dreams."

Now those plans are a reality – the BT62 remains an unrestricted track car, but for European and Australian customers, a conversion can be applied to the car.

For those who opt for a road-going conversion, the car will go through a DVSA (Driver and Vehicle Standards Agency) IVA (Individual Vehicle Approval) test, ensuring it has been designed and constructed to meet and achieve all regulatory and legal standards.

Some of the changes made in order to make the car more user-friendly on the road include raising the ride height with a front and rear axle lift kit, increasing the steering lock range, adding air conditioning, fitting door locks and immobilisers, and including additional high-quality upholstery in the interior. All those changes of course add to the car's 972 kg base weight, but the 700 bhp power output from the car's 5.4-litre V8 remains unchanged.

"We designed the BT62 to be an unrestricted, thoroughbred track car and our extensive test programme has revealed it to be all of those things," said in a company press release. "This isn’t a car designed for the road. With that said, it’s clear some customers are keen to have a road compliant option with their BT62, particularly to drive to and from the track. My father Jack was always customer focused and we will continue with that ethos."

In 'standard' track trim, the BT62 costs £1 million, while the road compliance conversion adds a further £150,000. The car will remain a limited production model, with each built sporting a livery matching one used in each of the Brabham F1 team's 35 race victories.