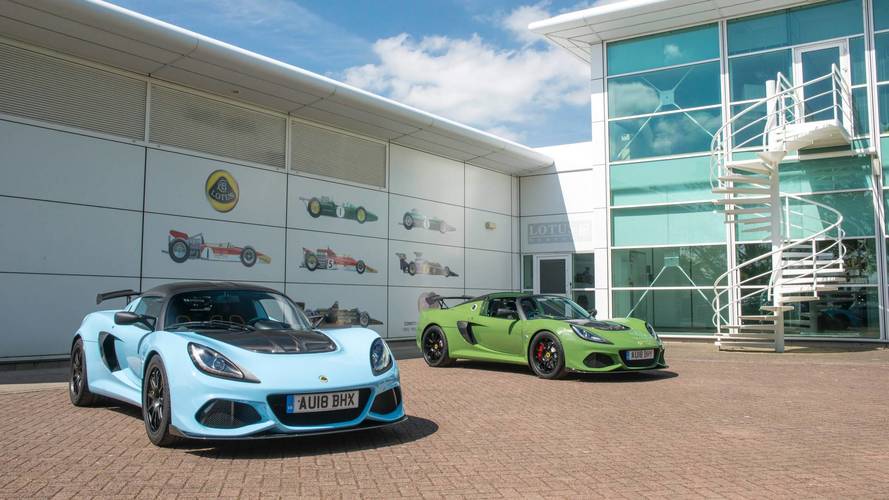 The iconic British brand is blowing off the cobwebs.

After being in difficulty for what feels like forever, there is finally reason to feel optimistic if you are Lotus.

The iconic British sports car maker was bought by Geely back in 2017, and if the Chinese giant's success with Volvo and its spin-off Polestar is anything to go by (it also owns a chunk of Mercedes), Lotus definitely has a bright future.

Lotus is on its way bck

Geely hasn't set out a plan for the Norfolk company's future – if it has it hasn't told anyone – but it's looking increasingly likely that with investment, it will turn into a credible rival to the likes of Ferrari, McLaren, and Porsche.

"Our ambition for Lotus is huge," a Geely spokesman told Automotive News, hinting that expansion in China and the US would be key to its plans for the brand.

Previous Lotus CEO Jean-Marc Gales spoke of big investment from Geely prior to his departure last September. That incoming investment is believed to be paving the way for some kind of electrified hypercar, and a new SUV (above) from the brand – two firsts for Lotus.

To build those anticipated new models, Lotus is hiring, and hiring a lot. More than 100 job openings have been posted publicly online, and notably the company appears to be after people with 'experience with hybrids and battery electric vehicles', which backs up the electric or hybrid hypercar talk.

Lotus' future plans are similar, if a bit more realistic, to those brought up by some-time boss Dany Bahar. Under Bahar's leadership Lotus announced plans for as many as five new models (Esprit concept pictured above). Ultimately, none arrived, the company was left on the ropes and a laughingstock, and Bahar was booted from the company.

That was nearly seven years ago, and while it is now planning new models, so far we've only caught wind of two, not five. Even so, Lotus's budget under Geely is thought to be considerably higher than when it was under Malaysian ownership and under Bahar's rule – double if some reports are to be believed.

So with sensible future plans, actual money in the bank, and a parent company with an impressive track record, can Lotus return to the top? We certainly hope so.