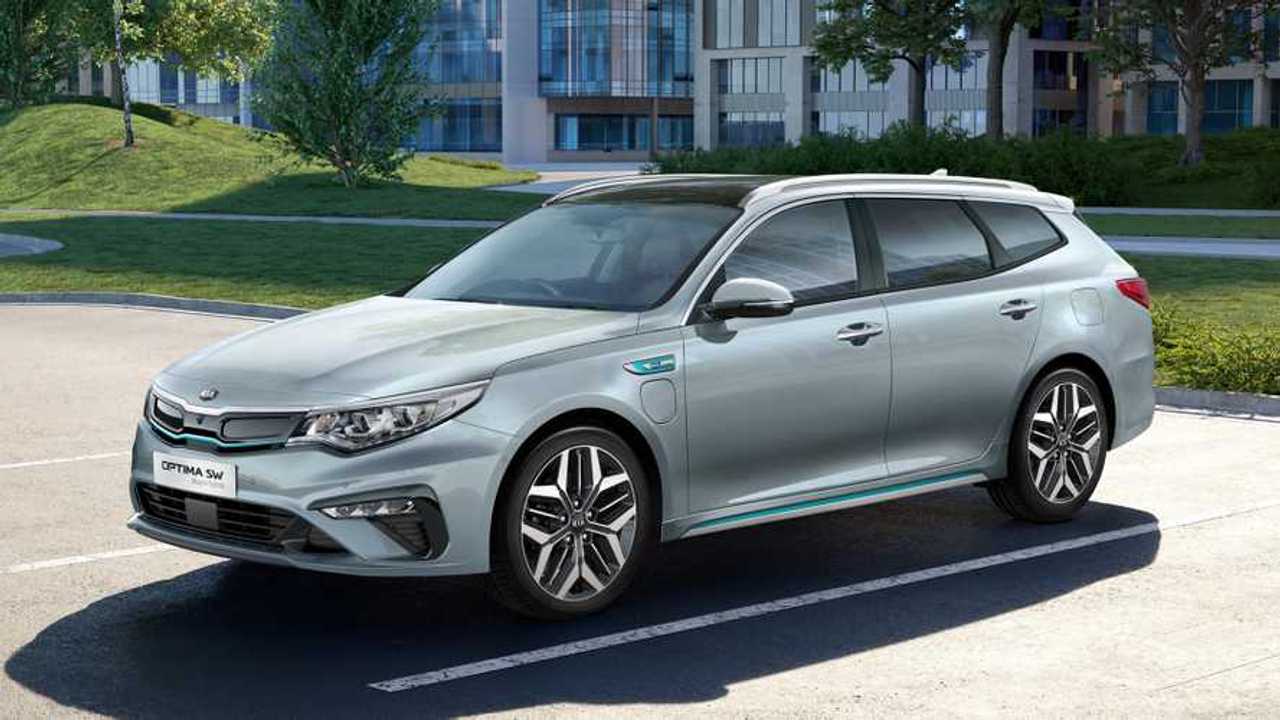 Kia has updated its Optima Sportswagon plug-in hybrid estate car for 2019 with a host of equipment upgrades.

The eco-friendly family wagon has been given aesthetic tweaks at the front end, as well as a new range-topping trim level.

As before, the car uses a 2-litre petrol engine and an electric motor to provide propulsion. Together, the two units produce 202 bhp, resulting in a 0-60 mph sprint of 9.4 seconds and a top speed of 119 mph.

On electrical power alone, the car can travel up to 33 miles before the battery runs flat - a figure that enables the Optima to return up to 188 mpg on the official fuel economy test.

For company car consumers, the vehicle emits a mere 33 g of carbon dioxide per 100 kilometres travelled, which means it qualifies for a benefit-in-kind tax rate of 13 percent.

To help with this cause, the Optima has been given a redesigned front end with a flap in the grille opens and closes to manage the airflow. There’s also a new lower bumper with a set of LED daytime running lights, and new alloy wheels. The combination is designed to make the car cleave through the air more cleanly, improving efficiency and emissions.

Kia has changed the car’s suspension, too, to compensate for the battery and electrical systems. The set-up has been tuned to make the car ride and handle like its conventionally powered brother, while bigger rear brakes have also been fitted, helping to slow down the car’s extra mass.

In the cabin, the South Korean manufacturer has upped the ante with the Apple CarPlay and Android Auto smartphone connectivity systems, which are now standard on all models.

From this year, the car will be offered to UK customers in a choice of two trim levels, with the entry-level PHEV model joined by the more generously equipped PHEV Plus variant.

The basic PHEV costs £34,995, and for that money you get 17-inch alloy wheels, LED headlights and an eight-inch touchscreen satellite navigation and infotainment system. Part-leather seats are also included as standard, along with a Harman/Kardon premium sound system, a reversing camera and two-zone climate control.

Upgrading to the Plus model brings the price tag up to £38,995, but buys you full leather upholstery, a panoramic sunroof and an electrically operated automatic tailgate, plus a 360-degree manoeuvring camera and a wireless phone charger.