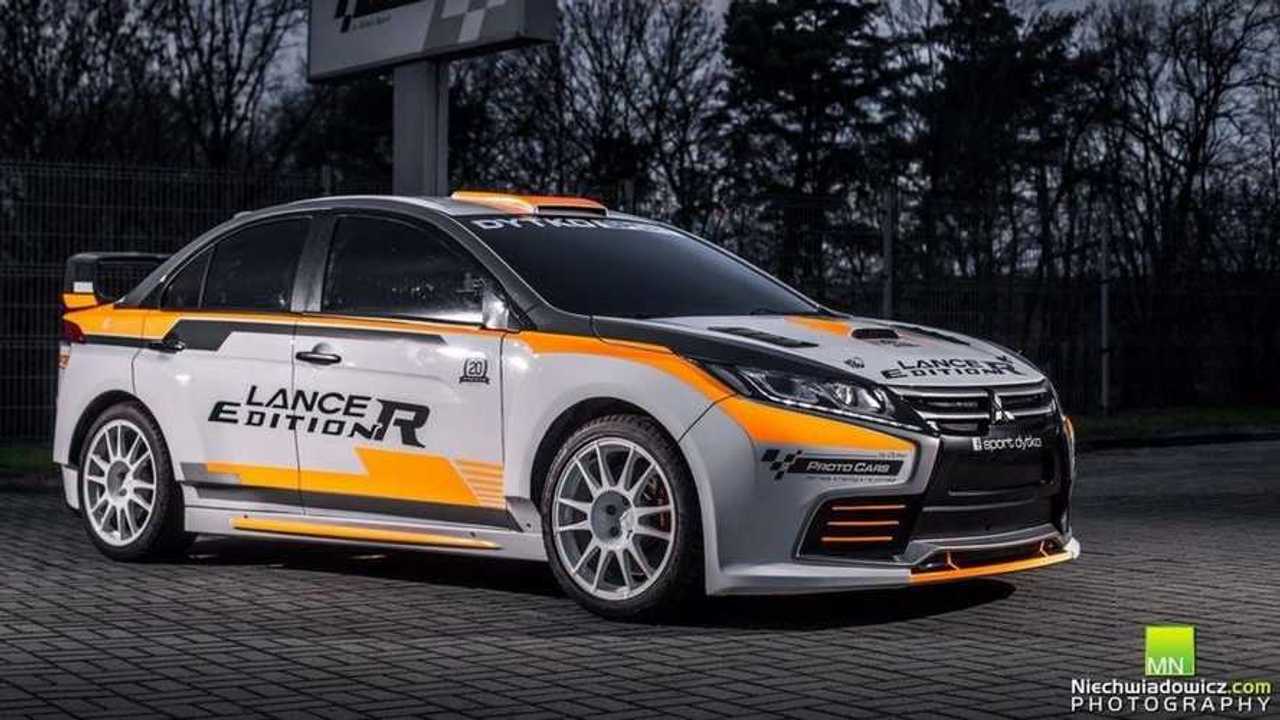 It's real and it's spectacular.

Mitsubishi phased out the beloved Lancer Evolution towards the end of 2015 with the Final Edition, and while there is a glimmer of hope the Evo will come back one day, it won’t be the same. That’s because Mitsu officials have hinted the fabled moniker might be slapped onto an SUV in the same vein as another sports car, the Eclipse, which is now a crossover.

But what if the Evo XI were to return as a saloon like purists would want it to? It’s a question the folks over at Dytko Sport are trying to answer. If the name doesn’t ring a bell, it’s a Polish company specialized in building and selling replacement parts for the Mitsubishi Lancer Evolution rally cars. They’ve teamed up with Proto Cars to work on an Evo X and turn it into a fully customized sports saloon.

Details are not available at the moment of writing, but Dytko Sport promises a full reveal is scheduled to take place next weekend. The racy saloon appears to have the same headlights as the Eclipse Cross while the taillights are sending out a Jaguar-y vibe. With bulging wings, custom vented bonnet, and a roof scoop, the Lancer Edition R as it has been baptized by its creator looks the part.

The amount of work put into designing the car is impressive when you take into account Dytko Sport has envisioned the custom Evo with influences from Mitsubishi’s Dynamic Shield design language. Photos of the interior have not been published, but in some of the exterior shots we can see through the windows the car has a pair of body-hugging front seats and a roll cage instead of a rear bench.

We’re eager to learn more about the car and whether there are any changes to the powertrain, suspension, brakes, and other hardware components. As you may recall, the aforementioned Final Edition of which 1,600 examples were made had 303 bhp and 305 lb-ft of torque generated by the slightly upgraded turbocharged engine. The 2.0-litre, four-cylinder unit was linked to a five-speed manual gearbox sending power to an all-wheel-drive system.

We'll keep you posted once more info is released.