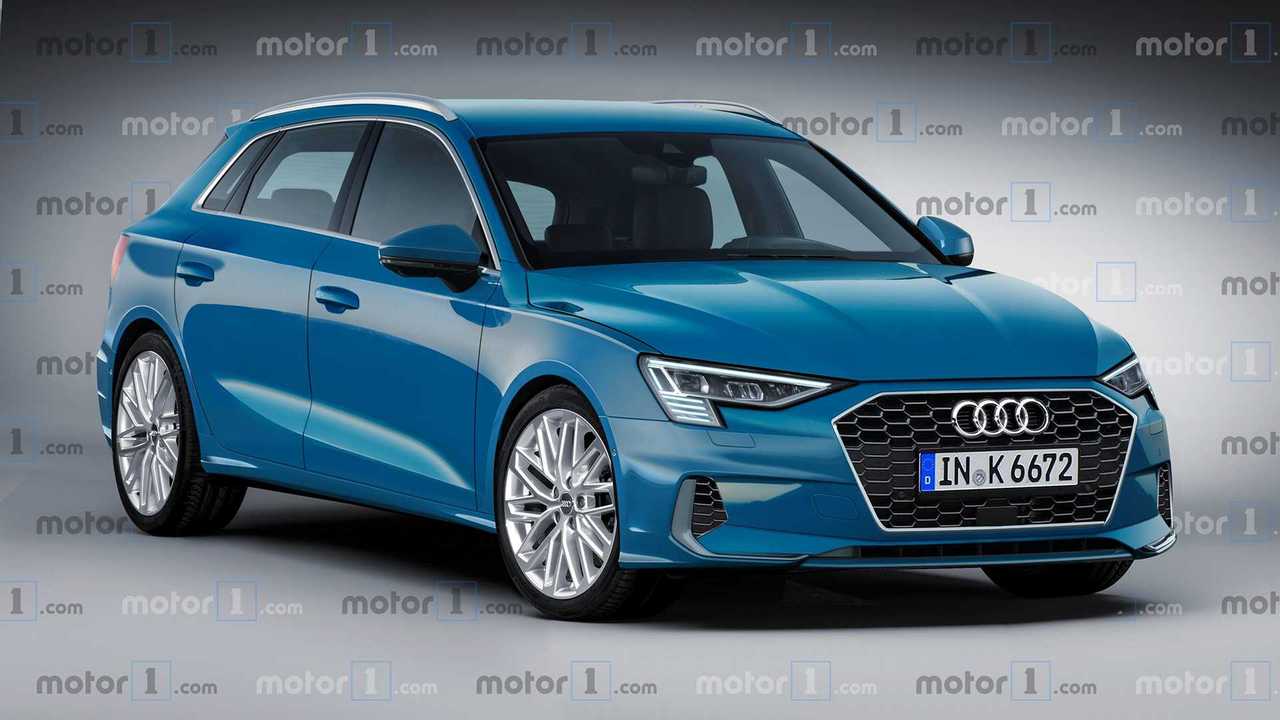 The car that started the MQB revolution is about to be renewed, and it might look like this.

Introduced nearly six years ago at the Geneva Motor Show, the current-generation Audi A3 spearheaded the Modularer Querbaukasten (MQB) platform currently underpinning a tremendous amount of Volkswagen Group cars. The compact hatchback from Ingolstadt is getting ready for its fourth iteration, which our spies have caught on camera multiple times in A3 and S3 guises.

Putting those spy images to good use, we’ve digitally removed the camouflage to see into the somewhat predictable future of the Sportback’s design. “Predictable” because while Audi does have a new design language, it’s not exactly a massive departure from the old one. That’s not necessarily a bad thing as there are a lot of people favouring evolution over revolution, especially those buying from the Volkswagen Group.

Speaking of the Sportback, it will likely be the sole body style for the premium hatch as rumour has it Audi will get rid of the unpractical three-door version due to poor demand. It’s a move some of the other VW brands have already taken with new small cars, so not a big surprise that the Four Rings will go all in with the Sportback.

Even though Audi slapped on a generous amount of camo onto their A3 prototypes, they left the headlights mostly exposed to reveal a design similar to the latest Q3 crossover. Sharper taillights were also noticeable on the test vehicles, but overall, the A3 Mk IV will not represent a major visual departure compared to the outgoing car. In terms of size, it will reportedly be slightly longer and wider while keeping the same track width and gaining bigger wheel arches.

While the exterior will be more of the same, a recent spy shot of the hotter S3 allowed us to catch a glimpse of the entirely redesigned interior. As shown above, the prototype had a neatly integrated touchscreen for the infotainment, so the tablet you’ll find in today’s A3 lineup will be retired. Hooray. It remains to be seen whether the climate control settings will be integrated into a secondary touchscreen mounted lower on the centre console like on bigger Audis. The Q3 still has physical buttons and knobs, but that doesn’t necessarily mean it will be the same story with the A3.

Set to rival the next-generation, front-wheel-drive BMW 1 Series also coming this year, the Audi A3 Sportback will allegedly spawn a five-door liftback flavour to go after the 2 Series Gran Coupe and the new Mercedes CLA due to be unveiled next week at CES. However, the liftback is not due until 2021, roughly a year after the A3 Saloon’s launch.

I spy with my little eye...

2020 Audi S3 caught inside and out in a winter wonderland
++