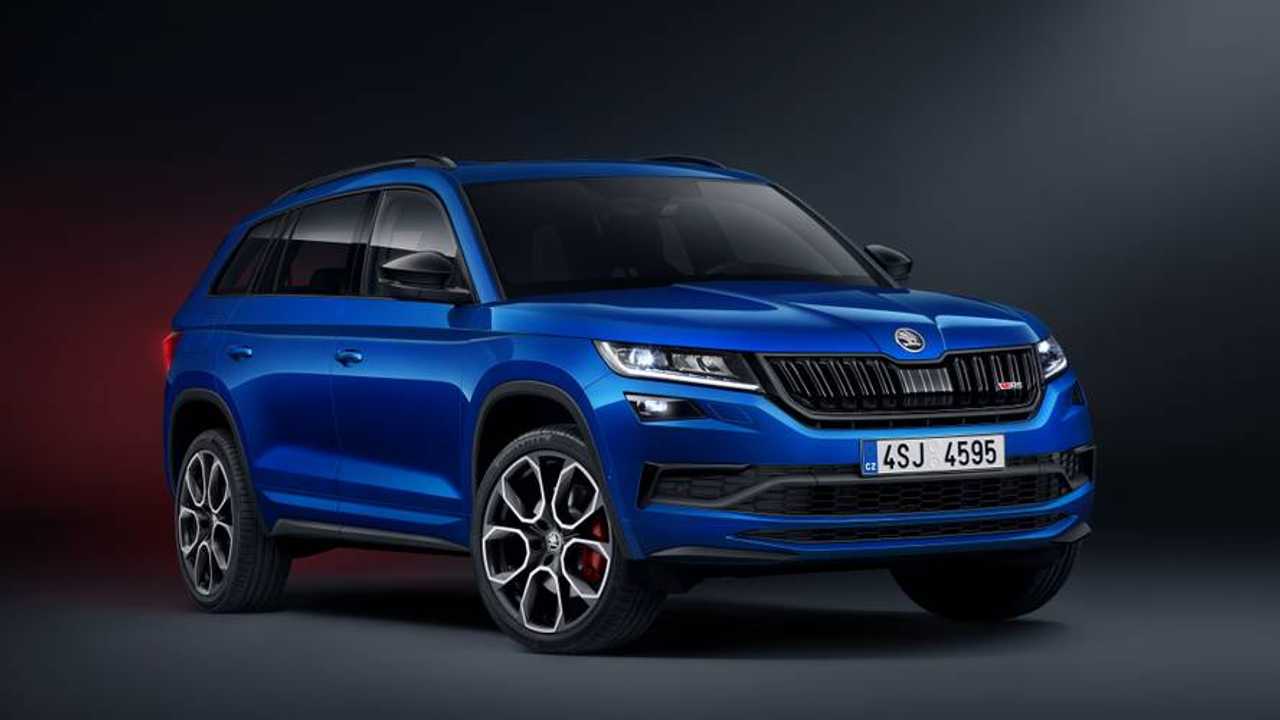 The seven-seat 4x4 is the latest in a long line of vRS models, including the original Fabia vRS and, more recently, the Octavia vRS.

Based on the seven-seat Kodiaq family SUV, the Kodiaq vRS comes with a twin-turbo 2.0-litre diesel engine producing 237 bhp, allowing it to crack the 0-62 mph sprint in seven seconds before hitting a top speed of 138 mph.

All that is included in the £42,870 asking price, along with a seven-speed automatic gearbox and four-wheel drive.

Other performance-related fixtures include Dynamic Chassis Control, which changes the car’s suspension and steering settings to suit the conditions. There’s a sound synthesiser, too, which sends a sporty engine note through the speakers to increase the aural excitement.

For visual stimulation, as well as a technical advantage, there are 20-inch alloy wheels at all four corners, and oversized chrome tailpipe finishers built into the rear bumper.

Many of the features are purely aesthetic, though. The gloss black finish on the grille and window surrounds, for example, or the red-painted brake callipers that lurk behind the dark wheels.

At both ends, the bumpers have been redesigned to look more aggressive, as well as to accommodate the new exhaust system.

Inside the dark cabin, the standard car’s grey headlining has been replaced with black cloth in a bid to create an ambience more akin to that of a racing car, while the driver and passengers sit on sculpted sports seats that are upholstered with Alcantara. Red contrast stitching and carbon-effect trim finishes the look, while the red and green vRS logo makes an appearance on the seats, steering wheel and gear lever.

Standard equipment includes the usual touchscreen infotainment system and climate control, but the vRS model also gets a digital cockpit display, which replaces the conventional dials found on the normal Kodiaq. It’s the first Skoda ever to be offered with the technology as standard, and it comes with a special Sport mode that places the speedometer in the centre of the display to celebrate the car’s sporting prowess.

But that isn’t the only technology on display. Satellite navigation is included, as are parking sensors at the front and rear.

Although the Kodiaq vRS is already available to order, Skoda says the first deliveries will not be fulfilled until the spring.