Several never driven BMW 5 Series (model family E34) vehicles were recently found in an old warehouse. Photos (via Autoclub) show a total of eleven cars, ten saloons and one estate, stored in the city of Blagoevgrad in southwestern Bulgaria. 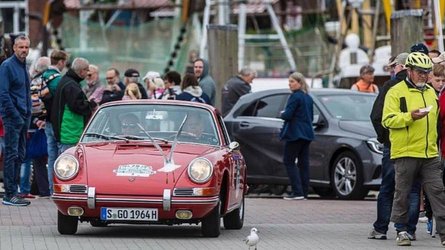 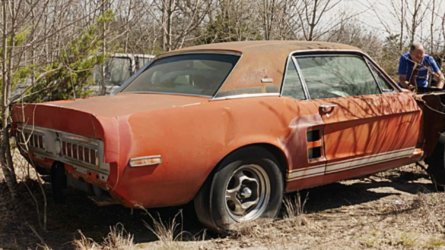 According to local auto sites, all the cars are produced in 1994 and have never been registered for road use. Most of them are 520s and there are also a couple of more powerful 525s. Sources claim the vehicles have been bought for a rent-a-car service in the early 1990s but, for reasons unknown, have never received road-going registration plates.

The photos in the attached gallery show the premium German saloons in their current condition which is not exactly brand new. Some of the cars have dents and scratches on the exteriors but that’s probably the result of bad preservation.

The interiors, however, seem to be mint and in need of just a good wash. You can clearly tell these are brand new cars by the steering wheels, gear shifters, and seats – some of them are even still wrapped in the factory protective covering.

Rumo urs state the cars are going to be sold in the coming months, but haven’t been listed anywhere yet. Facebook users claim the starting price is going to be approximately €15,000 for each depending on the condition, which translates into about £13,500 at the current exchange rates.

Interestingly, it is believed the cars can’t be officially registered for use in Bulgaria as the local laws don’t allow for vehicles with older Euro emission standards to be registered as brand new. The only possible solution, according to local sites, is to export to Germany where the BMWs can be given special retro vehicle registration plates.