Ferrari SP3JC spotted in the UK with matte grey paint 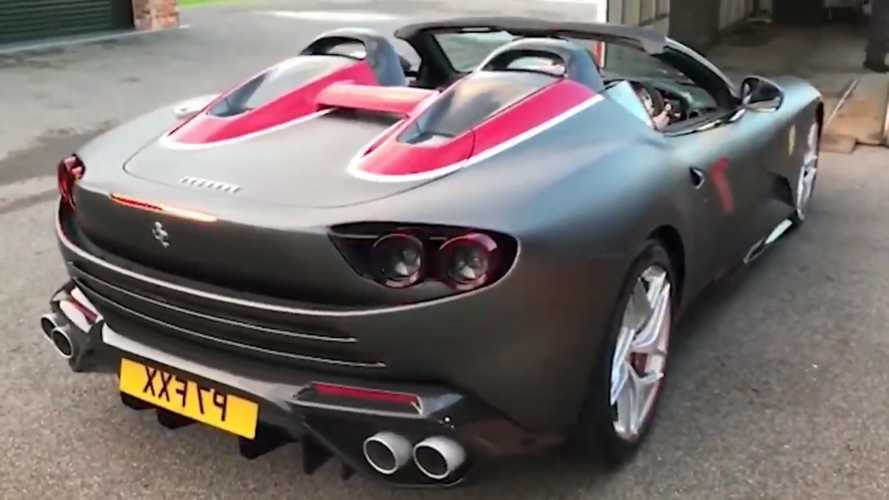 Although officially a "one-off" project, there are at least two SP3JC examples.

For the one-percenter, a standard Ferrari just isn’t enough. That’s where the Prancing Horse’s styling centre comes in to fulfill the dreams of deep-pocketed customers willing to spend a fortune to own an exclusive Ferrari. In recent times, we’ve seen special cars from Maranello like the Monza SP1 and SP2 speedsters, not to mention the F40-inspired SP38 and the gorgeous J50 based on a 488 Spider. The latest unique creation started out in life as an F12tdf before losing its roof for a very special client.

Commissioned by a Ferrari collector who wanted a “pure, uncompromising roadster,” the SPJ3C is described as being a “sole one-off car.” However, the adjacent video goes to show there’s at least another one wearing an entirely different livery. Some might be tempted to say it’s the very same car featuring a new paint finish, but upon closer inspection you’ll notice the original SPJ3C was built with a right-hand-drive configuration whereas this matte grey example with red accents has a LHD layout. More to the point, here’s an image of the two cars in the same spot.

And now for the plot twist – the cars are owned by the same person because two special Ferraris are better than one. According to the buyer, the second SP3JC represents the first time Ferrari has combined a matte paint with gloss, and he commissioned the LHD grey example for “continental driving.”

Although not mentioned in the press release, the buyer’s identity is not exactly top secret. It’s none other than John Collins, founder of Ferrari dealer Talacrest through which he has sold roughly 1,750 classic Ferraris, according to an article published a year ago by Classic Driver.