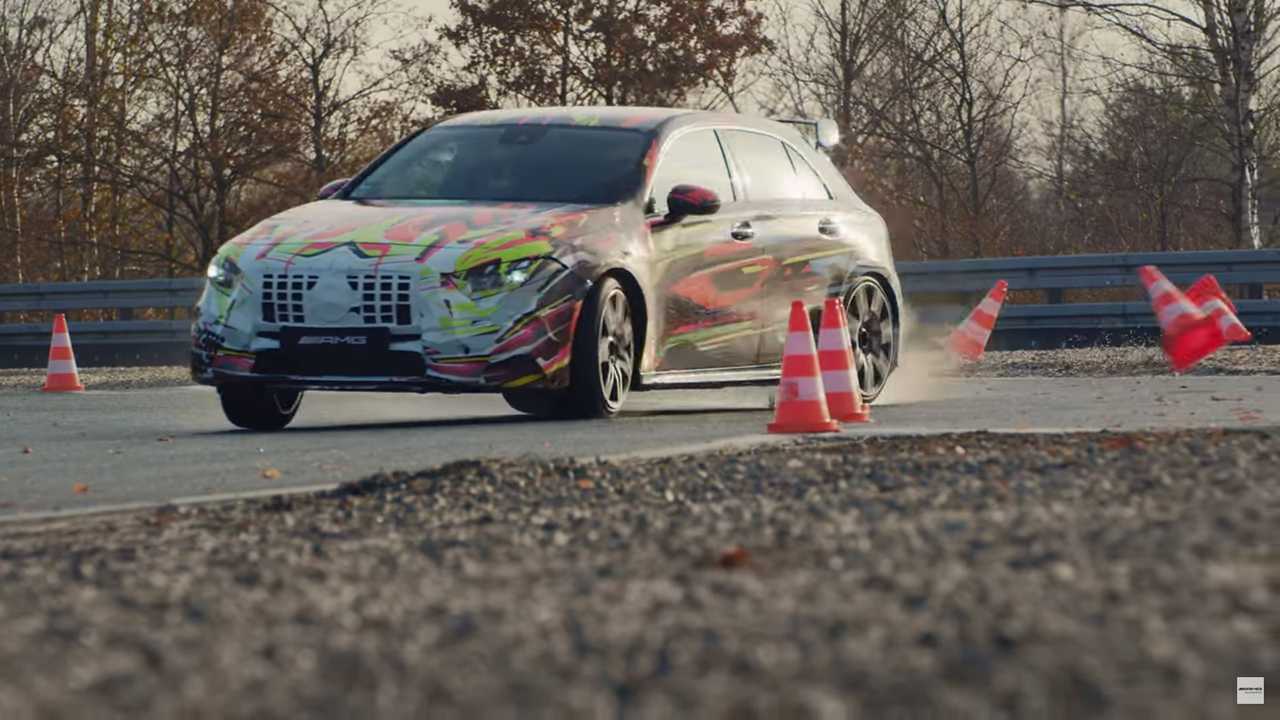 Mercedes-AMG wished us all a Merry Driftmas last week by showcasing the new A45 to prove its tail-happy capabilities despite the car’s front-wheel-drive origins. That was an obvious sign hinting at what must be an impending reveal, even though the warm A35 came out just a few months ago. The official reveal might just be around the corner taking into account the model is already listed on the website of German insurance company HUK24.

Navigating through the website is a bit tricky if your German is not that great, but the adjacent screenshots reveal both the standard A45 and the hotter A45 S are up on the website with December 2018 as the production build date. While that’s not exactly newsworthy, the tidbit lies in the power output for the newly developed four-cylinder 2.0-litre turbocharged petrol engine.

We get to learn the regular A45 hot hatch will offer 387 PS (285 kW), so 382 bhp or already an extra six ponies more than the outgoing A45. Step up to the hotter S version and Mercedes will reward you with a massive 421 PS (310 kW) or 416 bhp, which is mighty impressive from only a four-cylinder engine.

The new A45 S will actually pack more punch than the five-cylinder, 395-bhp RS3 / TT RS, but that still won’t make it the most powerful four-cylinder car ever sold. Remember the Lancer Evolution X FQ-440 MR? Mitsubishi sold 40 of these in the UK back in 2014 with an upgraded 2.0-litre dialled to an epic 440 bhp.

Mercedes-AMG could decide to host the public debut of the new A45 / A45 S at the Geneva Motor Show in March. If that’s the case, an online reveal could occur at the end of February when we’ll get to learn more about the vehicle’s already confirmed dual-clutch seven-speed automatic transmission and new 4Matic system with drift mode.

The A-Class Saloon is expected to get the "45" treatment to join the new CLA45. These two, along with a new GLA45, should offer an identical output. It is still not clear whether there will be a GLB45, but with spy shots showing a GLB35 is en route, it could mean the more potent "45" variant is also planned for the boxy crossover.