Basketball star gets shoes to match his Rolls-Royce Cullinan 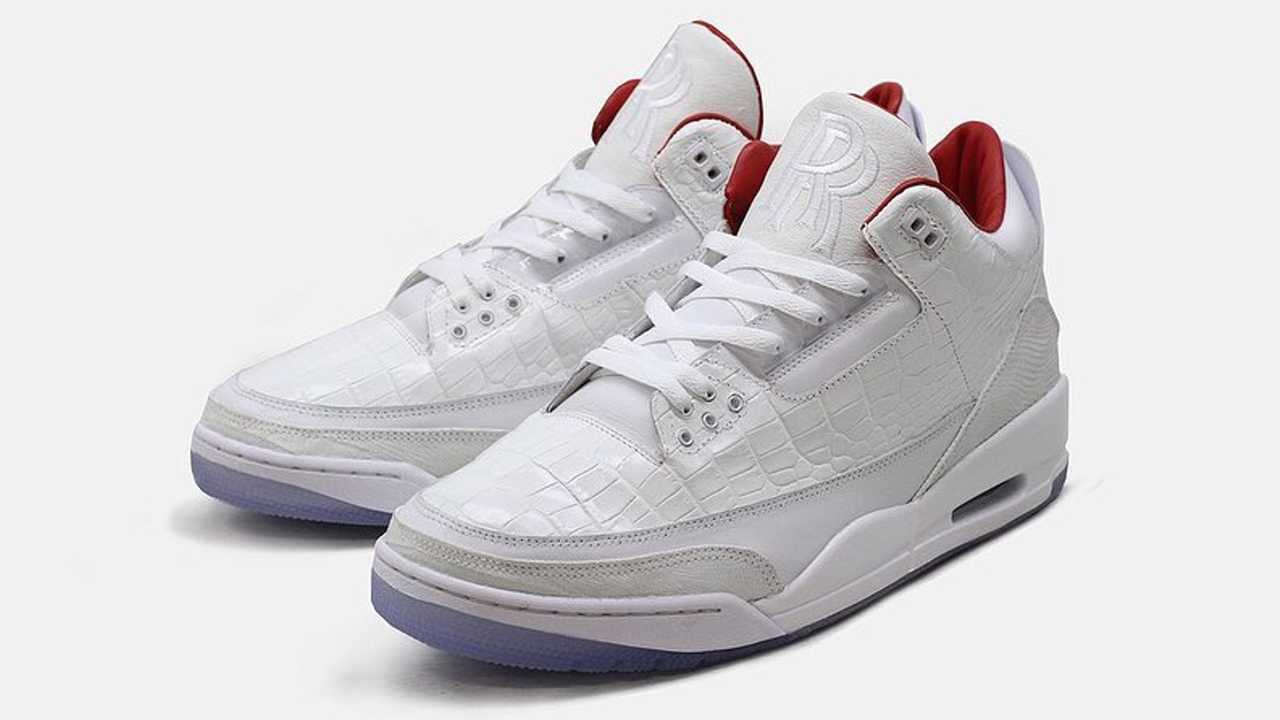 Many high-end car manufacturers offer matching luggage sets to go with their fancy wheels there days. In fact, look hard enough and there's matching everything to go with a car.

The latest on the Rolls-Royce Cullinan

Shoes though aren't really a big thing in many a car manufacturer's catalogue – unless we're talking about Ferrari which offers branded everything, short of Ferrari-branded dishwater – so one NBA star took matters into his own hands.

Houston Rockets player P.J. Tucker had a special pair of Nike Air Jordans made to match his new Rolls-Royce Cullinan. That might seem rather odd to you or I, but when you consider that he claims to own more than 2200 pairs of shoes, and allegedly spent over $200,000 (around £158,000 at today's exchange rate) last season on shoes alone, it shouldn't come as a surprise.

The Air Jordan 3-based shoes were made by Dank & Co and are made up from white leather with a distinctive alligator print, with a Rolls-Royce logo on the tongue, and the inside of the shoes is trimmed in red. In case you needed it pointing out, Tucker's new Rolls is also white, with a red leather interior.

To keep this sort of on topic, it's worth pointing out that as well as shoes, Tucker is also very-much a petrolhead, with cars like a Ferrari 488 Spider, Lamborghini Aventador Roadster, and another Rolls-Royce – this time a Phantom – also in his garage.