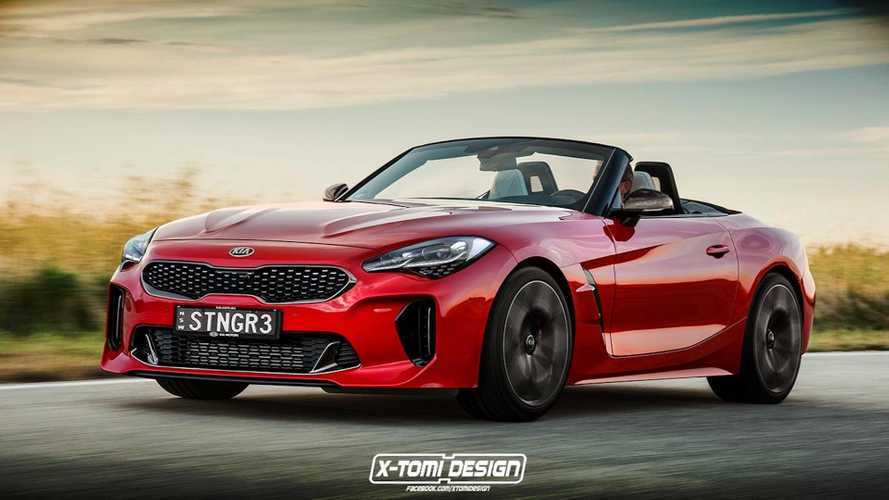 Not a bad idea right there, Kia.

When X-Tomi Design put different body styles onto the BMW Z4, we thought, hey, that could work. I mean, a coupe and a shooting brake Z4? Why not? Both look good, actually. But when the trigger-happy photoshop masters put the Swift Sport's face on the Z4, we thought we've had enough internet for that day even though the resulting car was surprisingly good-looking. We honestly believed that those guys would stop right there.

Apparently, they didn't. And here we are on the last Sunday of 2018 staring at a Kia Stinger with the body of a Z4 – and it actually looks great. Here's a gallery of BMW Z4 just in case you forgot how the German roadster looks like.

Somehow, the convertible body works on the Stinger, we reckon. The chiseled bonnet of the Z4 complements the face of the Kia, while the narrower headlights work better for the Z4. As for the grille, there's not much of a difference as the kidney grille is almost of the same shape with the tiger nose grille, sans the breakage.

In fact, the resulting mashup is so good, Kia should think about making a convertible Stinger. It could totally sell – as long as it'll look like the one on top of this page.

Kia's best model is yet to get a variation since its launch almost two years ago. It has remained to be a potent machine that's capable of producing 365 bhp and 376 lb-ft from its biturbo 3.3-litre V6 engine of the GT range-topper.

Will we ever see an official Stinger with a different body? That's the question that Kia is yet to answer so let's just keep our eyes peeled in the meantime.