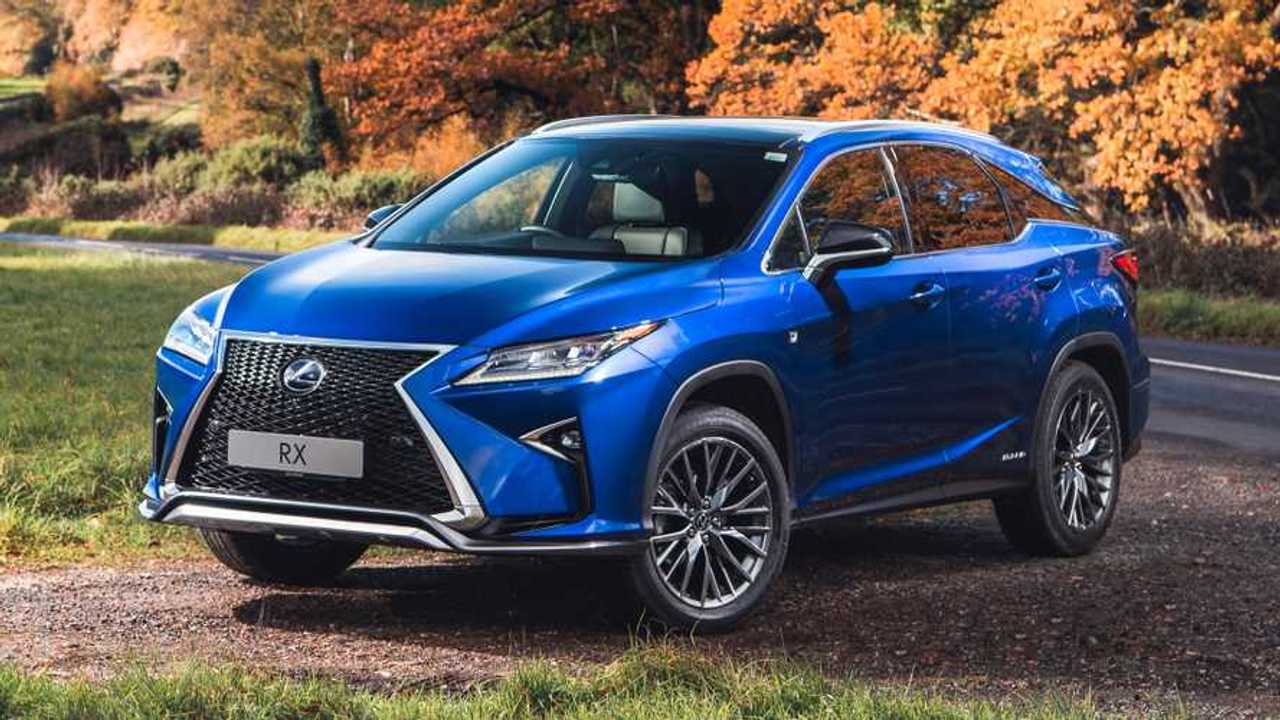 The Japanese company has upgraded its NX and RX 4x4s.

Lexus has revamped its NX and RX SUVs in time for the beginning of 2019, adding new trim levels and specification upgrades.

The smaller of the two - the Audi Q5- and Volvo XC60-rivalling NX - gets a choice of just three variants, all of which come with Lexus’ “self-charging” hybrid system.

Badged 300h, the system combines a normal petrol engine with an electric motor and a small battery, using the electrical power to improve the efficiency of the engine in traffic or other low-speed situations.

In total, the two motors produce 195 bhp, which can automatically be fed to all four wheels if the surface dictates. According to the official economy test, it's good for 47.9 mpg and 0-62 mph in just over nine seconds.

As well as that engine, the entry-level NX model also gets 18-inch alloy wheels, an eight-inch navigation system and heated seats wrapped in a synthetic leather called Tahara. Lexus’ suite of on-board safety technology is included in the £35,950 starting price, too.

If you spend another £5,000 or so, however, you could choose the £41,500 F Sport model, which gets a sporty look that includes special alloy wheels, as well as a heated steering wheel, wireless phone charging and an electrically operated tailgate.

But crowning the range is the £45,500 Takumi model, which comes with almost everything you could ask for. Heated and ventilated seats, a 360-degree top-down parking camera, a head-up driving display and a upgraded Mark Levinson sound system.

Options are copious, but you can only specify them with particular packs. Anyone buying the basic NX can choose the Premium Pack to add parking sensors, a larger 10-inch navigation system and a heated steering wheel, among other goodies.

Buyers who choose the F Sport, meanwhile, can get the Takumi Pack to buy themselves variable suspension, the upgraded sound system and the bird's-eye-view camera, plus the head-up display and a panoramic glass roof.

Those who want something larger will be looking at the flagship five-seat RX and its seven-seat RX L-badged sibling.

Like the NX, it's offered in a choice of three guises, with all using a self-charging hybrid powertrain.

Basic models get rear parking sensors, leather seats and satellite navigation, plus 18-inch alloys and the Lexus safety kit, which includes adaptive cruise control and a lane-keeping assistance system. Keyless start and heated and ventilated seats are both included in the £49,700 price tag, too.

For £55,200, though, you could have the sportier F Sport model. That gets larger 20-inch wheels, variable sport suspension and a power tailgate with a hands-free opening system.

And finally, the top-of-the-range Takumi (£61,700)  gets you power-folding rear seats, 10-way powered front seats and a 15-speaker Mark Levinson sound system - not to mention the head-up display and upgraded leather.

As with the NX, option packs include the Sport Pack, Premium Pack and Takumi Pack, which offer similar upgrades to the equivalent options on the RX's smaller cousin.