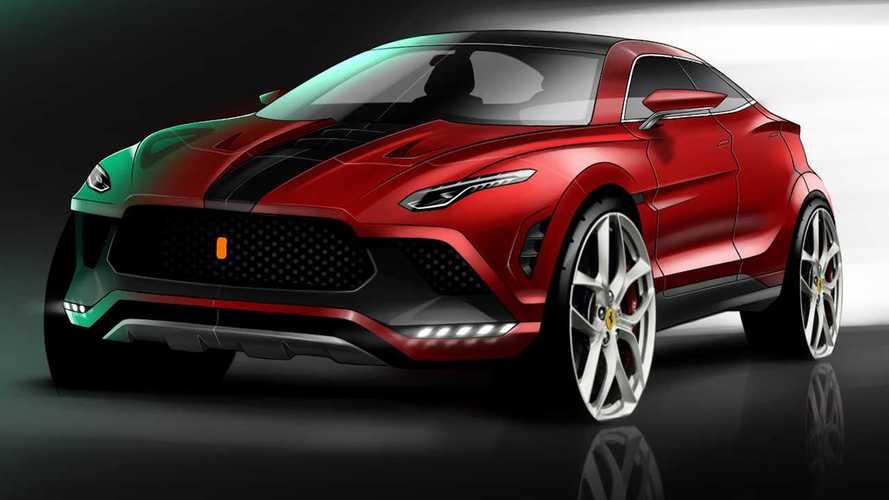 SUV all the things.

SUVs and crossovers are all the rage. Even exotic supercar automakers are dipping a toe into the SUV pool with vehicles like the Lamborghini Urus. We know Ferrari is cooking up an SUV of its own, but we came upon a couple designs from a talented designer named Giorgi Tedoradze that are certainly worth sharing. One of them wears a Prancing Horse badge (shown above), while the other imagines an SUV from a company that has repeatedly said it would not go down that road. Of course, we’re speaking of McLaren.

McLaren says yes to electric cars in 2025, but no to SUVs

An SUV wouldn't be a McLaren says marketing boss

Let’s look at the McLaren first, which Tedoradze calls the 820X. It’s not quite as detailed as the Ferrari, but the fan rendering does feature the telltale headlamps and housings from the 720S. Honestly, the large assemblies don’t look bad on a beefy McLaren SUV platform, and it certainly is beefy. The highboy sides with a small greenhouse seem rather anti-McLaren to us, but then again, a McLaren SUV is also highly irregular in our minds. Still, despite the automaker’s firm stance against sport-utility vehicles, this could be a preview of what some say is inevitable.

The Ferrari rendering – called the X712 – features considerably more detail though it shares the same overall shape as the McLaren. By that we mean it’s got broad sides with slim windows in a body that resembles an egg, not unlike the Ford Edge. Whereas that SUV is primarily an appearance package, we suspect this Ferrari would be a proper performer with a twin-turbo V8 under the big bonnet. The rendering certainly looks downright mean, but we’d prefer that gaping grille to be a bit less Aston-Martin in its shape.

Ferrari’s SUV is already in development. It’s called the Purosangue and we learned earlier this year it will utilize a front-mid engine design that can also incorporate a hybrid powertrain in the future. McLaren, however, is resolute in its no-SUV position.