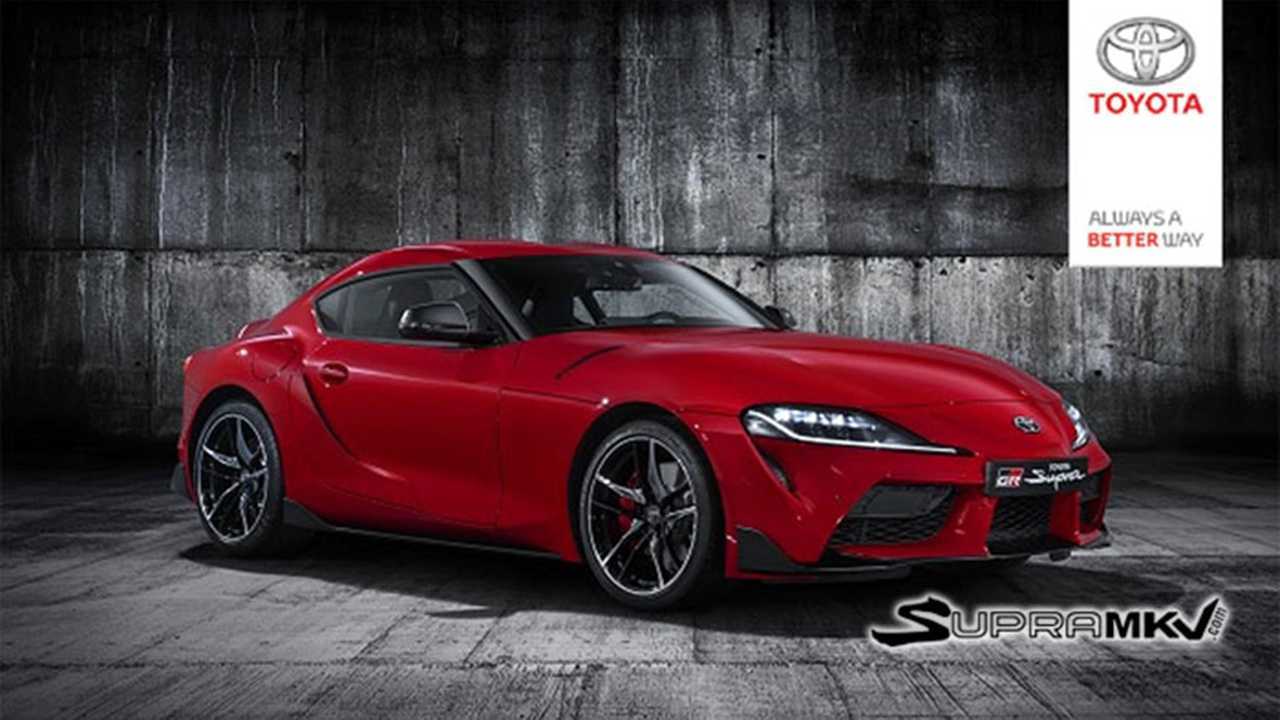 These are the first undisguised, official photos of the next-gen Toyota Supra.

A few folks who signed up for more information about the upcoming Supra on Toyota's German website received a pleasant surprise when the company sent them undisguised, official photos of the much-anticipated sports coupe. The automaker has already changed the message to an image of the camouflaged Supra but not before several users on the Supra MKV forum registered to be on the mailing list and got these shots, too.

These images might be renders, but judging from previous leaks, this is very close to what the production Supra looks like. There are interesting differences at the front end where this car has a vertical bar in the centre of the lower fascia, instead of being open in the earlier photo (below left). The rest of the design of the splitter appears to be the same, though. The styling at the rear is even closer to the leaked picture (below right), except for the lack of the circular sensor covers at the corners. This element not being in the new photos could be down to the image's low resolution or some simple Photoshop editing.

As further evidence of these images' legitimacy, remember that Toyota's German division was the original source of confirming the Supra's debut at the North American International Auto Show, weeks before the automaker's official announcement. Toyota Germany removing these images from later e-mails also hints that they aren't something that the company wants people to see.

Get a better grasp on the new Supra:

Toyota says Supra price will be limited and 'acceptable'

The current round of speculation about the Supra finally comes to an end on January 14 when the sports coupe has its long-awaited unveiling in Detroit. Don't expect the rumourmill about the Supra to be complete, though, because reports suggest a more powerful version and a convertible might be on the way later in the model's life.