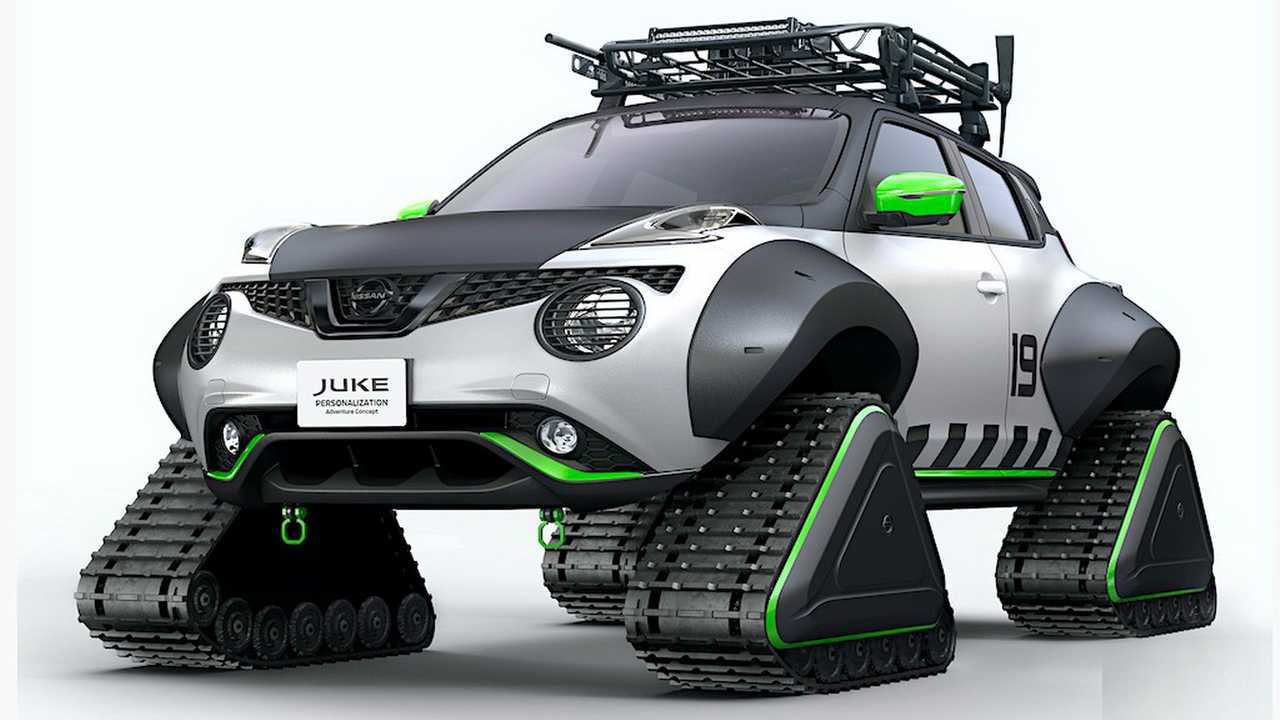 You'll be surprised to hear this isn't the first time Nissan has fitted the funky crossover with tracks.

From a Suzuki Jimny pickup truck to a Toyota Supra race car, it looks like the upcoming Tokyo Auto Salon 2019 will have something for everyone. Nissan is attending the event not just to show the new JDM-spec GT-R developed with tennis player Naomi Osaka, but also this wild creation. It’s called the Juke Personalisation Adventure Concept and takes the shape of a muscled-up crossover with tracks instead of wheels.

It looks like Nissan has soft spot for fitting their cars with tracks as this isn’t the first time they’ve decided to build an unconventional snowmobile. Back in February, the 370ZKi was unveiled with a lifted suspension to make room for the tracks fitted onto the rear axle and skis up front. If we were to go back in time furthermore, the Juke Nismo RSnow from early 2015 had tracks front and rear.

This new Juke snowmobile is even crazier than its predecessor as it has been fitted with outrageous wing flares and a roof rack incorporating an LED light bar. Nissan slapped on some bright neon green accents because without them the concept wouldn’t have been flashy enough…

Also at the Tokyo Auto Salon, there’s going to be a special X-Trail serving as another tie-up between Nissan and the 21-year-old tennis player and Grand Slam winner we’ve mentioned earlier. Naomi Osaka is an official brand ambassador for Nissan and this one-off version of the midsize SUV adopts a two-tone black and gold finish as well as tinted headlights and taillights.

These customised vehicles are just the tip of the iceberg as Nissan has a multitude of showcars prepared for the Tokyo Auto Salon, including its Formula E racer, the Leaf Nismo RC, and the GT-R from the Super GT championship. There’s even a Serena Nismo sporty MPV joining customised variants of the Note, X-Trail, and Leaf.