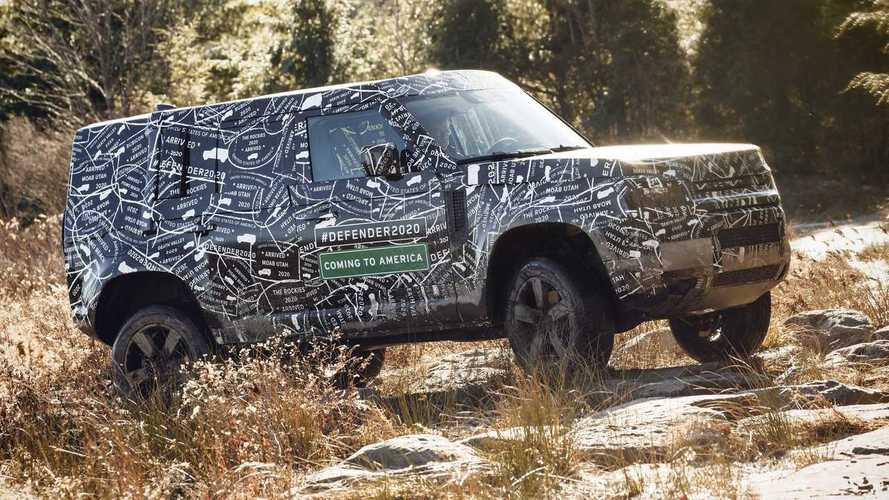 The iconic off-roader should be revealed next year and sales should begin in 2020.

Land Rover has a belated Christmas gift for everyone who’s interested in off-roading. The British automaker is proud and happy to announce officially the next-generation Defender will be available in the United States and Canada starting in 2020.

"On behalf of Land Rover and our retailers, we are proud to announce the voices of American and Canadian customers have been heard: the all-new Defender will be for sale here starting in 2020,” said Kim McCullough, Vice President of Marketing at JLR North America. “This announcement is a holiday gift to our Defender fans in North America and a hint of what’s to come in the New Year.”

Land Rover is already performing pre-production tests with Defender prototypes around the world with the first trial cars and development prototypes reaching North American shores earlier in December. In order to build “the most off-road capable Land Rover vehicle ever,” the automaker is evaluating prototypes on- and off-road at altitudes of more than 13,000 feet (4,000 metres) above sea level and in temperatures from -40 degrees Fahrenheit to 120 degrees F.

“There are a handful of automobiles that are beloved around the world and stand for a brand, a country, and a distinct way of life,” McCullough added. “The Land Rover Defender is such a singular vehicle."

The new Defender will feature an all-new design, both inside and out, significantly improved powertrains, and an array of driver assistance and connectivity features. Land Rover will target a broader public appeal with the new generation of the iconic off-roader. The Defender for the XXI century should be full of innovations and the automaker promises “all will be revealed in 2019.”

Some of the most important changes for the new Defender over its predecessor will be the switch to an independent suspension and the addition of a compact 2.0-litre turbodiesel engine. A hybrid powertrain could also be in the cards for the near future, but nothing is confirmed yet.