Unlock and start the Hyundai Santa Fe using your fingerprint 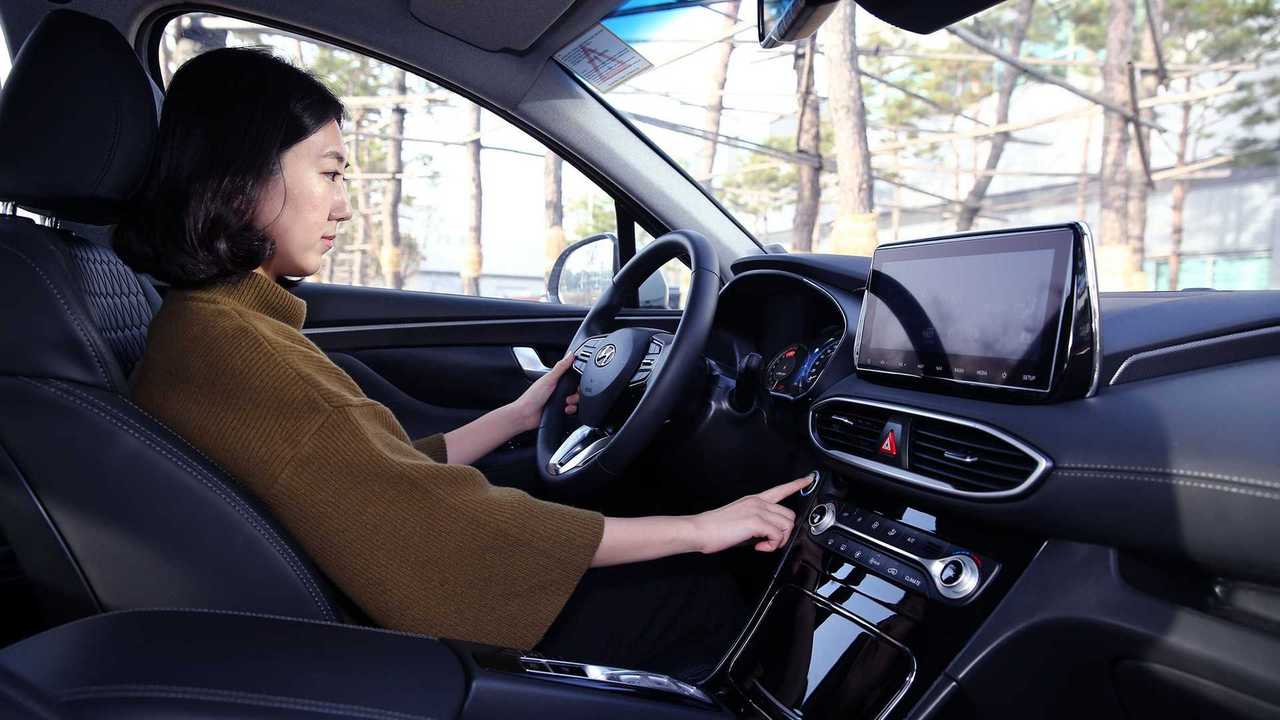 We've seen the tech before on a production model, but Hyundai has taken it to a new level.

If your bank account is fat enough to handle the purchase of a shiny new Bentley Bentayga, you can get Crewe’s opulent SUV with an optional capacitive fingerprint scanner for the centre console to hide and secure your precious valuables. The good news is you won’t have to rob a bank to have this tech in your car as a mainstream brand will soon implement fingerprint recognition technology in a far more attainable SUV.

Engine tech to cut emissions by 80% in the works

Hyundai has announced the 2019 Santa Fe will be offered with this system starting the first quarter of next year, but bear in mind availability is going to be limited to certain markets. The technology developed by the South Korean marque is more advanced as it allows owners of the midsize SUV to open the doors and even fire up the engine by simply using their fingertips.

How does it work? There’s a fingerprint scanning sensor located on the door handle and another one on the start/stop button. After matching information of the driver settings with the fingerprint data, the 2019 Santa Fe will automatically adjust things such as the side mirrors and the seating position as per the driver’s saved preferences. Eventually, the technology will be further developed to enable automatic adjustment of the steering wheel position, cabin temperature, and all sorts of other functions.

While this may sound like a gimmick created just for bragging rights, Hyundai points out fingerprint technology offers an increased level of security thanks to capacitance recognition. It refers to the system’s ability to detect differentials in the electricity level in various parts of the fingertip, so faked fingerprints and forgeries won’t be an issue. As a matter of fact, Hyundai mentions fingerprint tech is up to five times more effective than conventional keys as the likelihood of misrecognising another person’s fingerprint is 1 in 50,000.

Not only that, but the fingerprint scanner features support for updates and that means it will only get better and more accurate with time courtesy of further developments. The new Santa Fe will lead the way, but other models will probably get the tech sooner or later, and it would make sense for Hyundai’s flagship SUV, the Palisade, to eventually get a fingerprint scanner as well.

SEOUL, Dec. 24, 2018 — Hyundai Motor Company announced the world’s first smart fingerprint technology that allows drivers to not only unlock doors but also start the vehicle. Hyundai plans to implement the technology initially in the Santa Fe SUV model that is to be released in select markets in the first quarter of 2019.

To unlock the vehicle, the driver needs to place a finger on the sensor located on the door handle. The encrypted fingerprint information will be identified and delivered to the fingerprint controller inside the vehicle. The driver can also easily start the vehicle by touching the ignition that is also equipped with a fingerprint scanning sensor.

“In the future, Hyundai Motor plans to further expand the application of the technology to allow the adjustment of temperature, steering wheel position, and many other features which will be tailored to driver’s preferences” said Albert Biermann, President and Head of Research & Development Division of the Hyundai Motor Company. “This will ultimately offer quality driving experience to each and every Hyundai customer.”

Hyundai also addressed the security issues on the smart fingerprint technology. With capacitance recognition, which detects differentials in the electricity level in various parts of the fingertip, the fingerprint technology efficiently prevents forgeries and faked fingerprints. The technology’s chance of misrecognizing another person’s finger print as the driver’s is only 1 in 50,000 making it five times more effective than conventional vehicle keys, including smart keys. Moreover, through real-time learning of fingerprints supported by ‘dynamic update’ system, the fingerprint system can continually improve its success rate.

Hyundai will apply the fingerprint technology in select markets and gradually expand to other markets. Hyundai Motor also plans to continue to implement other customizable technologies to the vehicle lineup, to strengthen technological leadership in the future mobility market.