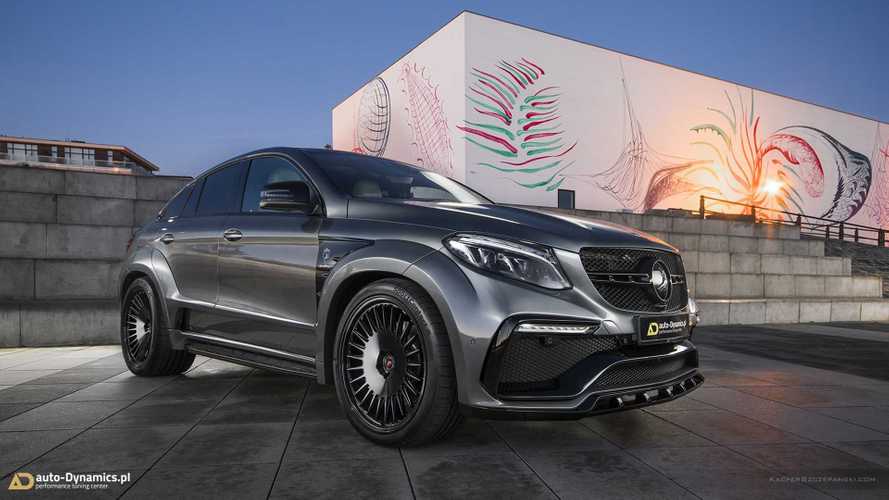 Because a coupe-SUV isn't flashy enough, this one sits on 23-inch wheels.

It may be Christmas Eve, but the tuning scene never sleeps. Coming from Warsaw, Poland, “Project Inferno” is a Mercedes-AMG GLE 63 S Coupe dialed to 11. It’s billed as being one of the fastest SUVs out there thanks to an extensively modified version of Affalterbach’s twin-turbo 4.0-litre V8 engine. To better reflect its newly gained power, the tuner took the time to compare the engine’s output to some other high-powered SUVs, such as the Porsche Cayenne Turbo and the all-conquering Lamborghini Urus.

We won’t bore you with lots of output numbers, so here are the two most important ones you need to remember: 806 bhp and a mountain-moving 871 pound-feet of torque. Thanks to the newly gained muscle, auto-Dynamics.pl says the coupe-SUV brute needs only 3.25 seconds to perform the 0-62 mph sprint and 7.8 seconds to get from 62 mph to 124 mph en route to an impressive top speed of 209 mph.

The massive power gains over a stock GLE 63 S Coupe (577 bhp / 561 lb-ft) were obtained by installing custom turbochargers, a new exhaust system, and remapping the engine’s ECU. It goes without saying the seven-speed automatic transmission also had to go through a number of upgrades in order to cope with all that extra power.

Gone are the standard alloy wheels as instead the Polish tuner decided to go with a bigger 23-inch set from Vossen complemented by a suspension lowering module developed by Brabus. The high-riding SUV from Mercedes looks more aggressive than the standard model courtesy of an aftermarket body kit created by TopCar.