Someone put a jet engine into a Smart ForTwo

Telluride, Colorado is a delightful town nestled high in the Colorado Rocky Mountains. The elevation is 2,667 metres above sea level, which certainly makes for some fantastic scenery but the thinner air doesn’t bode well for folks who like going fast. To solve that problem, Telluride resident Bill Berg made a small modification to his 2008 Smart ForTwo. He fitted it with afterburning jet engine. Wait, what? 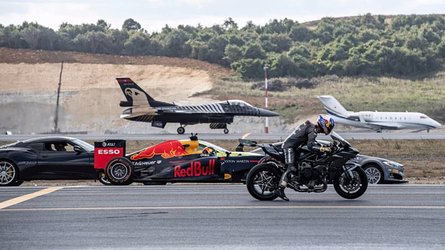 Watch a Tesla race an F1 car and a fighter jet 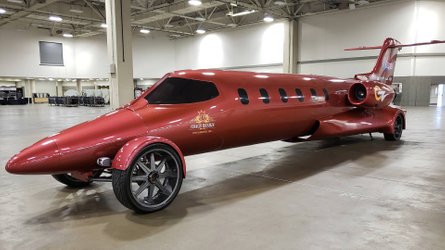 Yes, what you are seeing is real. This otherwise unassuming Smart ForTwo is now a single-seater because a GE T58 jet engine occupies the passenger space. In fact, the rear cargo space is also consumed by various components and fuel systems for the engine, which extends through the car and exits the rear in a surprisingly neat fashion. That certainly cuts into the Smart’s practicality, and with the engine burning 65 litres of fuel in about five minutes, it’s not economical, either.

That is, unless you use the stock three-cylinder engine still mounted in the car for trips around town. The cheeky Jet Car license plate on the back isn’t just for show; this thing is actually street legal, right down to having windscreen wipers and air conditioning. The stock engine still turns the wheels for normal, everyday use. And with a massive jet nozzle sticking out the back, annoying tailgaters aren’t a concern.

When the commute isn’t normal – like say, at an airstrip for a cool air/car show event – the afterburning turbojet comes to life. It’s sourced from a Huey helicopter and can generate approximately 1,400 pounds of thrust. That figure is doubled when the afterburner kicks in, and it’s enough to send the plucky Smart car to 170 mph in about nine seconds. Top speed is said to be 220 mph, though we suspect it might go faster as long as the courage holds out.

If a jet-powered Smart car isn’t your thing, Berg is part of a company called Rocketbilly Racing that features, among other crazy jet-infused creations, a school bus with the engine from an F-4 Phantom fighter jet. Yes, the air is thinner in Telluride, but perhaps the water is tainted as well. Whatever’s going on up there, we totally approve.