2019 Daihatsu Copen Coupe looks as cute as a button 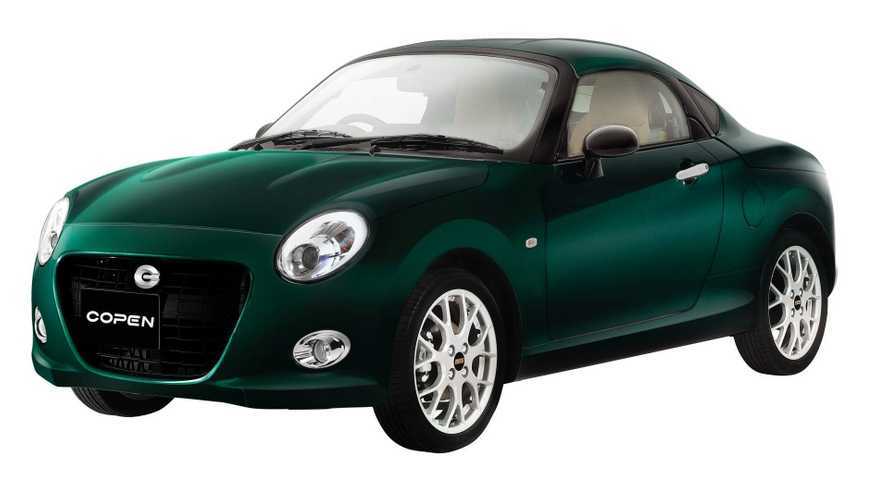 The pint-sized coupe will be limited to just 200 units.

The Tokyo Auto Salon 2019 is right around the corner, and you know what that means – a lot of quirky cars. Case in point, Daihatsu has a follow-up to its Copen Coupe unveiled at the same event in Japan nearly three years ago. The main difference between the two is that while the old one was just a concept to test the waters, this cutesy car is actually going into production.

It will be a rare sight on the JDM scene as Daihatsu will keep the Copen Coupe limited to a mere 200 cars. It’s a proper coupe as it comes with a fixed roof rather than a removable hardtop, and those who act fast to buy one will be able to spend extra on a sunroof. Oddly enough, the round headlights and taillights are reminiscent of the previous-generation Copen rather than the current model, but we’re ok with that as it kind of looks like the Alfa Romeo 4C had a baby.

Here's a more radical take on the Copen:

Being a kei car, the Copen is powered by a puny three-cylinder, 0.66-litre turbocharged petrol engine with 64 bhp delivered to those BBS forged aluminium wheels. Like a sports car that takes itself seriously, Daihatsu has fitted the pint-sized coupe with a limited slip differential for better handling, and there are optional goodies such as a HKS suspension and a sportier muffler. Inside, there’s a Momo steering wheel clad in leather complemented by paddle shifters for the version equipped with the seven-speed CVT.

While the Copen Coupe is going into production, there’s no word about another equally cool concept originally revealed at the Tokyo Auto Salon 2016 along with the coupe. We’re talking about the shooting brake pictured above, which looks like a million bucks.

Daihatsu will have the production-ready Copen Coupe on display at the show beginning January 11 before kicking off production and customer deliveries in April.