One of the most hotly anticipated new cars is almost here: the mid-engined Chevrolet Corvette. Even after a delay that pushes back its debut a reported six months, fans of the brand – and some savvy insiders – are leaking the Corvette’s specs ahead of its 2019 debut. The latest image comes to us by way of the MidEngineCorvette Forum, which pits the new mid-engined model’s measurements against the current ZR1.

For what it’s worth, these measurements are based on spy photos – so they aren’t an exact science. Chevrolet hasn’t released any official figures on the size of the new C8. But if they are correct, those numbers mean the C8 Corvette matches up almost directly with the Ferrari 488, and others like the McLaren 650S and Ford GT. 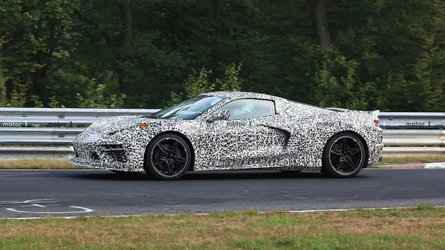 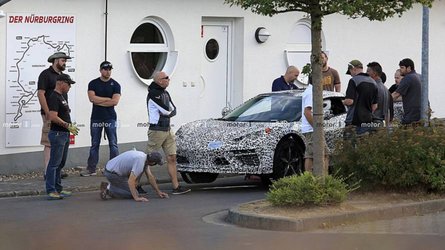 Based on these figures, the new C8 Corvette will be longer, lower, and wider than the current model by a few cm all around. And we know already that it will be faster, too. It might be offered with the same 460-bhp and 465-pound-feet of torque V8 out of the box as the C7, but could produce upwards of 650 bhp and up to 1,000 bhp, depending on the trim.

The new mid-engined Corvette will finally make its debut next summer. So stay tuned then for more info.